The season will premiere at La Mama 4 – 14 October 2018 with rehearsals commencing in September.

The script was developed as part of Hothouse Theatre’s ‘A Month in the Country’  residency program, features set and costume design by Emily Collett and a talented, culturally diverse cast of five Melbourne actors including Annie Lumsden, Keith Brockett and John Marc Desengano.

Just a Boy, Standing in Front of a Girl is a darkly comic take on “Medea”, as J and M falling love and hit the road in search of fame and fortune. A contemporary re-imagining of the events surrounding the classical text, “Just a Boy” is a parable of the patriarchy that shows what happens when you’re young, talented, smart, strong and female.

Both comic and tragic Just a Boy, Standing in Front of a Girl is a feminist tragicomedy that explores contemporary gender politics, role expectations and ideas around connectedness and the death of community in the Australia of 2018.

As an independent theatre company 15 Minutes from Anywhere is becoming known for using comedy to tackle difficult issues without trivialising or sacrificing their complexity. This is best exemplified by our recent production of The Yellow Wave an adaptation of a piece of 19th century Australian invasion fiction. Through comedy we interrogate issues and stimulate conversation about subjects and themes that may be difficult to approach through drama alone.

The issues interrogated by Just a Boy, Standing in Front of a Girl could not be more timely and relevant as the world engages in an important conversation about the use and abuse of power and its impact on women in particular. As a company 15 Minutes from Anywhere is committed to exploring important ideas and conversations through theatre. Just a Boy seeks to engage and entertain but also to examine the complexities around gender politics and our ideas of community and accountability.

The fundamental purpose for this fundraising campaign is to ensure that production costs are fully funded and the majority of box office returns can be paid directly to the 11 artists involved.

Productions costs that will be funded by the campaign include

In the event that additional funds are raised, they will be contribute to the return to the artists. 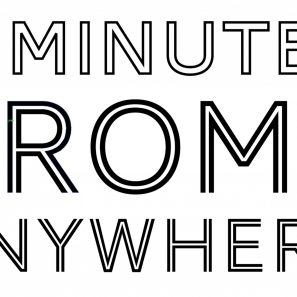 Formed in 2013, 15 Minutes from Anywhere is the artistic collaboration between director Beng Oh and writer Jane Miller. Company credits include ‘True Love Travels on a Gravel Road’, ‘Cuckoo’, ‘Mein Kampf’ (fortyfivedownstairs), ‘Motherf#%cker’ , ‘P.O.V. Dave’, ‘Sh#t Happens’ (La Mama), ‘The Yellow Wave’ (The Butterfly Club , La Mama) and recently a new production of ‘Cuckoo’ (Meat Market). The company has two Green Room nominations to its credit, The Yellow Wave – (Outstanding Ensemble – Indpendent Theatre) and Cuckoo (Writing – Independent Theatre). In 2017, The Yellow Wave was selected for the VCE Playlist and undertook a tour of regional Victorian School. 15 Minutes from Anywhere’s latest work, ‘Just a Boy, Standing in Front of a Girl’ was developed as part of Hothouse Theatre’s ‘A Month in the Country’ residency program and will premiere at La Mama in October 2018.