Arcko is seeking support for its two 2019 projects.

The first project is a collaboration with DVA Theatre, a company created over 20 years ago for people with an intellectual disability. After attending some workshops in 2018, DVA have been working with music from Arcko’s archives and have created a show based around Invisible Dances by Tim Dargaville which will be combined with some original songs, created by the ensemble in an ocean based show about love loss and longing.

Arcko’s second concert is an all-Australian affair centred around the world premier of a new oboe concerto by Luke Styles written for oboist Ben Opie and Arcko. Also featured in the program will be Australian premiers of works by Liza Lim and Katia Tiutiunnik.

Arcko Symphonic Ensemble is unique in the Australian musical landscape, renown for its unwavering support of Australian composers and musicians at a time when art is becoming harder and more difficult to create.

With a very personal connection to DVA, Arcko is proud to be involved in this collaboration and support the creation of this beautiful work with this amazing company and its talented members. Creative expression is a basic human need and DVA has brought to life some amazing talent over 20 years and being a part of their latest show “live” will be a career highlight for Arcko.

Arcko’s passion is the presentation and re-presentation of overwhelmingly Australian music and in its 11 years has had quite an impact on the Australian classical music scene. With this latest concert Arcko does what it does best, it presents the premier of a new large scale work for oboe and ensemble by Luke Styles, presents the Australian premiers of works by Australian composers Liza Lim and Katia Tiutiunnik and takes from its repertoire in Gyger’s Ingressa.

Great art needs great artists and Arcko musicians are drawn from the leading ensembles and institutions across Victoria and all come with a commitment to new music and the spirit of adventure and collaboration.

Funds raised will be used primarily for the payment of artists in both the proposed projects and for support staff to allow the musicians to perform to the best of their ability in realising the amazing collaboration with DVA Theatre and the culturally significant 2nd concert, Neon Highway, with an in-full-flight Arcko. 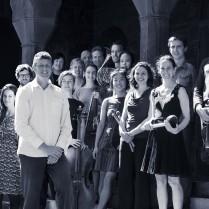 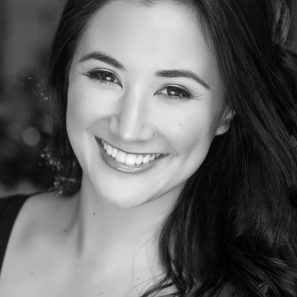 An audio drama about an investigation into a possible UFO sighting which threatens to uncover the secrets of a small Australian town.

2020 held the promise of another busy year for the Orava Quartet - yet, as for so many artists and corollary workers in live performance industries, they now need your support more than ever.