Imagined Touch, is a stage production which has now been in production and performing since 2017. It is an international, highly acclaimed and award-winning performance about what it is like to be Deafblind whilst exploring the collaboration of three women; Deafblind performers Heather Lawson, Michelle Stevens and director Jodee Mundy. It’s an emotionally charged and highly captivating journey and indeed a rare story captured on film.

The Documentary
The making of the stage play was filmed over a five-year period: the footage depicts Heather and Michelle growing in confidence, performance skills, and agility in rehearsals; their performances, audience’s responses, interviews with the performers, the creatives they work with who do not communicate in sign, the tears, the falls, to the wonderful breakthroughs, right up until the winning of the Green Room Award for Innovation in Experiential Theatre, touring and performing it at Sydney Festival and then finally presenting it the infamous Barbican Centre in London.

The time now has come to turn this footage into a Theatrical release, a 90-minute feature film. This work needs to be done because we intend to get the film into an A-list Festival like Sundance in 2020. We want to reach audiences around the world and share their story.

This is a story like no other, telling how it is for a community that has no face to the world, with brave compelling characters who let nothing hold them back – just like any other determined Australian women. This story holds great potential to break out, catering to an inquisitive audience that is hungry for an emotionally charged, inspiring, feel-good story of triumph over adversity and a true insight into inclusive arts practice.

This work will enable us to begin the edit to rough first cut and seek finance and marketplace attachment for final post-production, sound and music, and engage a high-level narrator to support the film.

It is intended a short shoot will take place after rough cut to pick up missing detail and to depict how tactile sign language takes shape in the mind. It will provide insight to the unique challenges faced by our Deafblind protagonists as they find ways to participate, illustrating the issues faced by the Deafblind community. It is a community that is largely invisible, with no face to the world.

This will be delivered by Producer Melissa Mundi and Co-producer and director Jodee Mundy with their team.

For further information on how you can help please email info@jodeemundy.com 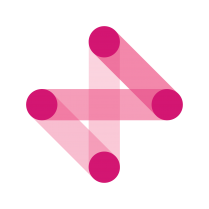 Jodee Mundy Collaborations is an independent creative producing company formed in 2012, in response to the multiple collaborations and partnerships established and continuing to develop with artists, diverse communities, organisations and funders.

Artistic Director Jodee Mundy is committed to producing high quality theatre works, public events, installations and artistic interventions, bringing together diverse cross sections of the community who may not regularly encounter one another.

Recipient of the Green Room Award for Innovation in Experiential Theatre 2018, her artistic aim is for audiences to witness works that challenge and inspire them to acknowledge: the value of live performance and communities and the ability of the art to redefine and skew the notions of inclusiveness. Her work ultimately points to a future ‘beyond inclusion’, where diversity is inherently valuable to the art. Rather than a point of difference, it is considered a point of commonality.