I DREAM ABOUT TREES follows our protagonist, whom we see wearing a plant-powered oxygen mask due to the lack of trees/oxygen in the environment as he tramples his way through the iron concrete maze, we call our cities. The protagonist is portrayed as a ‘fish out of water’ as fish need oxygen which is found in water and humans need oxygen which is found in trees – take that away and we are left suffocating in our own artificial concrete jungle. The film is more of a metaphorical message rather than a narrative story. It is a visual example of our world today and has a noticeably clear and important message.

Having not gone to university or film school, at 19, I write, direct, shoot, and cut my own films independently striving to create work that is personal yet unique and different. My work on my latest film has gotten me nominated for Young Australian Filmmaker Of The Year at the AACTA Awards accredited Byron Bay International Film Festival, among others globally being recognized for both my cinematography and editing.

We have cleared nearly half of the world’s estimated 3.01 trillion trees, if the rate continues, all trees will disappear in 200 years.

This project has an incredibly important message. Film is such a powerful art form and I believe that when we mix passion with purpose we become really powerful, and I want to have a voice and open people’s eyes with topics that matter significantly. And this is one of them.

DONATIONS WILL elevate the production values & cover costumes, locations, catering, safety, Covid protections, etc. We have self-financed as much as we possibly can to support the cast & crew, and we will deliver a film that punches well above its weight.

IMPORTANTLY, donors will be credited (at their discretion).

Your donations will go directly towards all production and post-production costs, allowing us to utilise top talent and resources to make sure ‘I DREAM ABOUT TREES’ is seen and felt by audiences both here and overseas.

Any and every financial donation, big or small, is so greatly appreciated.

Everyone is working on this project on a volunteer basis, and any extra funds will go towards paying our fabulous cast and crew.

We appreciate that not everyone has the means to help financially with this film but would still love to see it actualized. So, fear not, you can help us out and spread the word about the film by sharing a link to this fundraiser, telling all of your friends or even just wishing us well on this journey!

If you have any questions please contact me on
robplazadp@gmail.com 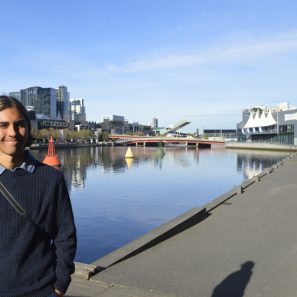 Filmmaker and aspiring Cinematographer Rob is primarily driven by film work that sits at the intersection of art, film and design. Rob is Ambitious with a lively imagination and a passion for film.

Not have attended any film school or done any course, he has learnt most of his skills through online tutorials and becoming apart of different industry bodies such as the Australian Cinematographers Society. Never the less the passion, research and determination has gotten him into numerous festivals. Recently picking up a highly commended award for cinematography in America.