Told over seven episodes, this conversation-provoking audio drama follows five strangers in a tiny fishing town who believe they’ve witnessed a UFO sighting, and the rookie cop intent on finding out the truth.

With theatres and film productions facing indefinite closures, people are turning to podcasts and online content. But these forms are often interview-focused, without complex stories. A great audio drama can bridge that gap.

‘Hovering’ isn’t your average podcast – it’s cinema for your ears.

To bring this world to life, we have brought together a stellar team of actors, including founding member of queer cabaret troupe PoPoMoCo Lily Fish, and Artemis Ioannides, known for roles on Wentworth, Secret Bridesmaids’ Business and The Beautiful Lie. Our nine performers will be supported by a dedicated team including producers Alex Duncan and Clea Frost, director Katy Maudlin, composer Audrey Vixen and the sound design team of Creative Kicks and Big Ears Audio.

‘Hovering’ poses the question: ‘Would you keep a secret, if you knew telling it would change the way people looked at you forever?’ It’s a question wrestled with not only by the five witnesses in our story, but also by the investigating cop who has decided to live his life as a closeted gay man. The characters all find themselves living in the space between – between truth and lies, between reality and fantasy.

A queer audience, as well as people who grew up in small towns, will find something to relate to in ‘Hovering’. But it will also appeal to anyone who has ever told a lie to make themselves look better, or told the truth and realised it would have been easier to lie.

With its distinctive Australian setting and complex, engaging characters, ‘Hovering’ will stand out in a podcasting landscape that’s currently dominated by American stories and accents. And beyond telling a great tale, we believe it will help pave the way for other Australian artists seeking to tell stories in this emerging medium.

Right now, industries reliant on live audiences are on their knees. And yet, locked in our houses, we’re all desperate to lose ourselves in a good story. Fortunately, in isolation, audio dramas like ‘Hovering’ thrive. But delivering quality fiction that competes on the world stage isn’t cheap. The total budget for the series, including studio costs, mixing, sound design and supporting a full cast of nine actors, is $62,000. Every dollar raised here will go towards paying our artists a living wage.

Donations over $2 are tax deductible. To find out more: 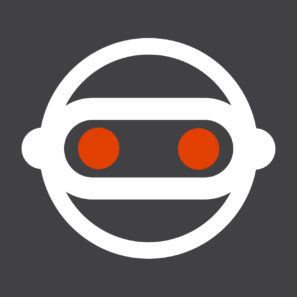 A former development executive, Clea has worked in Australia and the U.S. as a writer, producer and story developer across film, TV, webseries, games, VR and audio drama and is passionate about nurturing new talent.