The Giovanni Consort are a choir of world class standard. Our mission statement outlines the need to deliver high quality choral music to the widest possible audience, whilst simultaneously developing young singers to become future pillars of the singing world. Over the past twenty-three years we have achieved this with a good amount of success. Our singers have performed alongside The Rolling Stones, Hans Zimmer and The Hilltop Hoods at their respective performances in the Perth Arena, and have sung in venues as diverse as the Cabaret Cave in Yanchep to Perth’s QV1 Tower, as well as in cathedrals, churches and concert venues.

A core principle in the group’s artistic mission is develop and nurture young performers in Perth. As a result, some of the city’s great singers have gained vital experience with the Consort. Notable alumni include Katya Webb, Taryn Fiebig, Iain Grandage, Andrew O’Connor and James Clayton.

However, rather than merely providing a gateway for singers to gain experience before progressing further in their journeys, The Giovanni Consort now aspires to become a genuine career option for Australian singers – the first fully salaried sixteen piece choir in Australia. Our mission is to become the vocal equivalent of the Australian Chamber Orchestra.

Future projects include recording the first ever studio produced album in the choir’s twenty-four-year history. This will take place in late early 2019 and will be the first of an annual series of recordings.

Our annual concert series of four performances will see a collaboration with renowned British composer Roxanna Panufnik, who has kindly permitted The Giovanni Consort to perform the Australian Premiere of her choral works. The Consort aims to perform at least one of her compositions in every project throughout 2019.

We are also scheduled to perform at the 2019 Choralfest event in Fremantle, the 2019 Denmark Festival of Voice, the 2019 Perth Fringe Festival, and have collaborations with both The City of Perth and Government House Ballroom occurring the year. Further information can be found at the choir’s website – www.giovanniconsort.com 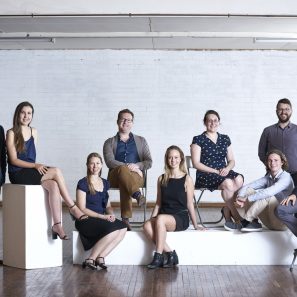 In the 23 years since its foundation The Giovanni Consort has become renowned for its exquisite, high-quality performances of unaccompanied choral music ranging from the medieval period to the present day. We pride ourselves on presenting diverse and engaging musical programs in some of Perth’s most beautiful buildings and acoustics.

When the public attend our performances, they enjoy new interpretations of choral favourites but will also encounter new loves: pieces of music that are less well known, but which equally deserve a place in the heart. In our 2018 season audiences will be inspired and refreshed by works from the distant past as well as newly-composed works from the wider international choral canon.

A core principle in the group’s artistic mission is develop and nurture young performers in Perth. As a result, some of the city’s great singers have gained vital experience with the Consort. Notable alumni include Katya Webb, Taryn Fiebig, Iain Grandage, Andrew O’Connor and James Clayton.

Creative industries in Australia have been hit hard by the COVID-19 pandemic. Glen Street Theatre plays a vital role in the performing arts ecosystem connecting artists and audiences and needs your support.