In the middle of the night a woman burns her effects in a small BBQ behind a silent suburban house. Tears stain her cheeks, but she isn’t crying any more. With a deep breath she raises a mobile to her ear.

A few minutes later she is in her meagre bedroom, waking her child and packing their bags in a dizzying hurry. As if in a well practised drill the two disappear into the night.

This is the beginning of Follow My Way, a thriller which takes place on the evening a single mother finally decides to flee from the suburban-based cult she has been a part of for fourteen years.

But our hero, Georgie, soon realises that the cult is not what needs escaping. What she needs to escape from is the prison in her own mind; a prison formed of paranoia and guilt, of false teachings and misguided love.

Having developed the script with the aid of Cult Information and Family Support (CIFS), Follow My Way will be a grounded and realistic look at the cult situation in Australia. Few are aware of the magnitude of cult activity in our country. Australia has the second most cults per population in the world and CIFS have reported that over three hundred organisations identified as containing cult behaviour have been made aware to them.

This is huge. My aim with Follow My Way is not just to raise awareness of this situation but to also show a representation of the members of cults and how they fall into these predicaments. It is not because they are foolish, gullible or easily susceptible. Of those that the director, Henry, interviewed, all have been grounded and level-headed individuals who have been manipulated and tricked into giving huge chunks of their lives away.

We believe that this is a cause worth supporting.

We are looking to fund this short largely from our own pockets but we do need help. Funds will go towards camera gear, lighting and sound equipment, feeding our cast and crew, securing locations and helping to shape a film befitting of the cause. To find out more about the cult situation in Australia please visit www.cifs.org.au or if you wish to see more of the director’s previous work please visit www.henryboffin.com.

We are looking forward to making a powerful short film which will help create awareness of a difficult subject in Australian society. We hope you see value in this project too.

From Ros Hodgkins, head of CIFS:
‘Follow My Way’ succinctly captures the reality that will relate to thousands of individuals who have found themselves within a system that demands obedience to the dictates of a leader or leaders. Like a good trap a cult is easy to get into and hard to get out of. Thankfully the human spirit can find the courage to take that first step. 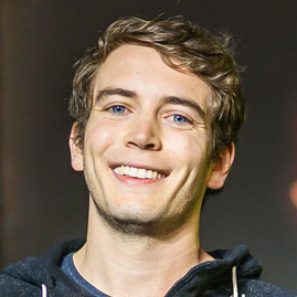 Henry Boffin is an independent filmmaker and writer based in Brisbane, Australia. A graduate of the Griffith Film School he has made several short films, primarily science fiction, as well as music videos for local talent and corporate videos for clients such as Volvic Water and ClearView Continuity. He now works at Humdrum Comedy, a collective based in Brisbane whose first web series, Hitstroke FM was sold to TVNZ’s on-demand online channel and premiered in March 2016.

His short films, Rain and Ouroboros, have both featured as part of the Cannes Court Métrage and between them have won awards at the Pittsburgh Independent, Silver Wave and China Australia International Film Festivals. They have also gone on to be officially selected around the world for festivals such as Hollyshorts, Flickerfest and the New York Independent Film Festival.

In 2014 Henry completed an Honours degree at Griffith Film School, researching the field of crowdfunding in the Australian marketplace and in 2015 he undertook a much coveted director’s attachment on the set of ABC’s Rake, working under ADG award nominated director Peter Salmon.

QLD School of Film and TV