‘The Flowers of War’ project has recovered the lost works of war-time composers in order to bring their music to modern audiences. The project has been a demonstration of the cultural cost of war as experienced from all sides of the conflict.

The Great War (1914-1918) took the lives of more artists than any other conflict. It changed forever the course of the arts in the early 20th century. Curiously, many of those artists sought to transcend the horrors of the trenches and created works notable for their serenity and beauty.

In particular, we are proud to launch the first complete recorded edition of the works Frederick Septimus Kelly, Australia’s greatest cultural loss of WW1. The publication will also contain explanatory texts drawn from his diaries which document his life before and during the war, as well as typeset editions of the music.

Across seven full length concert programs, ‘The Flowers of War’ also explored composers of a dozen nations; produced two major contemporary reflections on those events – ‘The Gallipoli Symphony’ and ’The Diggers’ Requiem’ plus the first recordings of over 50 popular songs uncovered within the letters and diaries of Australian soldiers.

In the Australian Spring of 2019, ‘The Three Treasures’ program will be recorded. This final program will include songs and piano works by Claude Duboscq (France), songs by Botho Sigwart zu Eulenberg (Germany) and songs, piano works and piano and violin works by Peter Latham (UK).

Once completed, ‘The Flowers of the Great War’ collection will be launched. The full recordings, sheet music and background notes from all of the ‘Flowers of War’ concerts and programs will be included in the collection (approximately 20 hours of music) which will document, illustrate and catalogue the culturally significant compositions from WW1.

Donors are being sought to underwrite the cost of publishing and finishing the final recordings:

For $2000 we will print your name or dedication under the chapter title.

For $1000 we will print your name or dedication under the name of a work or under a sub-chapter.

For $500 you will be supporting the project overall and your name or dedication will be listed as a donor.

All donations are gratefully appreciated, and differing amounts of money or specific requests can be discussed in confidence.

The collection will be launched in:
Canberra on 11 November
Sydney on 13 November
Melbourne on 15 November 2019

All donors will receive invitations to these events at which hard copies of ‘The Flowers of the Great War’ Collection will be given as gifts to the major Australian cultural institutions. 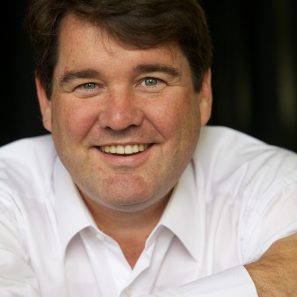 Christopher Latham has worked as festival director for over a decade, after having worked extensively as an editor for such composers as Peter Sculthorpe, Ross Edwards and Elena Kats-Chernin.

He trained as a violinist and spent 7 years touring full time with the Australian Chamber Orchestra prior to that. He has recently been appointed as the first musician to be artist in residence at the Australia War Memorial (2017-2021) following on from his extensive work on music and war, directing the Flowers of War project for the Anzac Centenary Cultural Fund and Mission Centenaire in France and the Gallipoli Symphony (2005-2015) for the Department of Veterans’ Affairs.

In addition to concert tours in Australia, France and the UK marking the significant WW1 centenaries, The Flowers of War also created the first recordings for ABC Classics of Australian composer FS Kelly, killed in 1916 in the Somme, and a CD of the cultural creations by composers killed in that battle in 2016.

Christopher Latham was awarded the French order of Arts and Letters and an honorary Doctorate from the University of Canberra in recognition of this work.

The SpringBoard is a campaign for funds to develop a new review website, contribute to writers' fees & provide operational support for The ReviewBoard’s publishing platform supporting Australian art & critical writing.

"David Greybeard" in partnership with The Jane Goodall institute is a 12m x 9m x 12m public art project to be installed at Melbourne Arts Centre in Sept 2020, and to tour to Arts and conservation events globally 2021- 2022.