“FiloBoy” is a non-linear hip hop drama which explores 3 different Filipino boys and their revelations of racism, Filipino masculinity and adulthood in the 90s northern suburbs. PJ, Little and Aaron face their own personal struggles of what it is like to be an immigrant in the northern suburbs of Melbourne.

The film is interwoven with hip-hop and 90s aesthetic, borrowing elements from street culture and old school music videos. The film’s non-linear structure displays an erratic and heightened nature of reality, which enforces viewers to critique racial, socio-economical and individualistic ideas that reflect both the past and present. The picture is energetic, street, emotional and loud – A glimpse of Filipino struggle.

Who is this for?

This film is not only for the Filipino community, but for contemporary western audiences. This film shines a light on the racial and unequal socio-economic terrain of Melbourne’s northern suburbs, which not only reflects the past, but also today’s values.

Filipino and Asian representation on Australian screens have been near to non-existent. This picture depicts a generation’s culture and attitude that needs to be seen on screen.

This is the film I wished I had seen as child growing up to show me and other Asian youths that we have representation and agency.

With the world’s recent turmoil and accumulation of racism in minority groups, this film imitates the conflict and hardships through an accentuated lens. The community needs to be seen, needs to be heard, and its issues need to be revealed.

Because the film is a period piece and a high action picture, we intend to make use of the budget to fund necessary resources such as:

The film aims to be finished by the end of the year which will be screened through Victorian of the College’s annual Graduate Screenings. 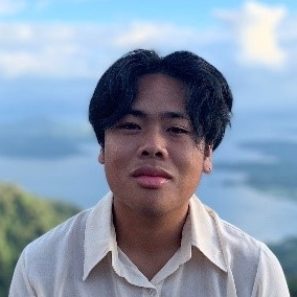 I am a 20-year-old Filipino-Australian writer, director and curator currently in my final year of VCA’s Film and TV course.

Born and raised in Melbourne’s northern suburbs, I have been exposed to an extensive range of cultures, people and stories. Despite being fortunate enough to experience a privileged life, I have also come to understand the hardships of being a minority and having a cultural disconnect from my own heritage.

I feel as a Filipino artist in Melbourne, there are stories that need to be told about cultures and philosophies that are outside of the western world. In my lifetime I want to take advantage of this precious platform we call film to not only display philosophies and experiences, but to preserve ideas and cultural identity for future generations to come.

In this satire, seven students at a prestigious law school crumble under academic pressures, battle it out for the top internships and struggle to get ahead in a nepotistic industry.

GENIUS is a new Australian musical, with music and lyrics by Jess Newman, that tells the untold story of Albert Einstein and Mileva Maric, produced as a Visual Concept Album with notable Australian theatre performers.

Repressing her devastating memories of World War II, Jan must grapple with her conscience until she can finally make a choice that frees her soul and changes the world.