The group has a special affinity to Scandinavia including through Jenny Eriksson’s Swedish grandfather. Singer Susie Bishop speaks Swedish and Matt Keegan studied in Sweden. The recording will consist of original commissions by group members as well as several folk song arrangements.

As artists we MUST be prepared to do new things, even if it means leaving behind the safe and well trodden paths on which we know where to step. I am a classically trained early musician specialising in the French baroque. Several years ago I knew I had to expand my horizons which is why I bought and taught myself, the electric viola da gamba. I also wanted to create an artistic mileau which would attract and nurture improvising musicians like Matt McMahon, Dave Goodman and Matt Keegan, one where they could also explore new territory and try new ideas.

Connecting back to the musical aesthetic of Sweden, where I still have relatives, is also important to me. I have done this previously through my acoustic ensemble, The Marais Project. I am very attracted to the sound and sound production world of Scandinavian jazz and improvised music. Bringing these strands together in an original Australian recording has been a powerful and unrelenting dream of mine.

Donations will be used to fund studio hire and recording costs.
We have been able to retain leading sound engineer and sound designer, Richard Belkner from Free Energy Device Studios to work on the project. The recording will be Produced by 2011 MCA Freedman Fellowship jazz award winner, Matt Keegan. As well as being a member of Elysian Fields, Matt is a nationally and internationally known performer, composer and arranger. 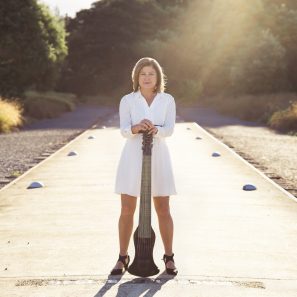 The acoustic viola da gamba and its wonderful age-old repertoire have been at the centre of my artistic life for 35 years. During this time I’ve performed across Australia and in Holland, Germany, Sweden, New Zealand, Canada, Singapore and New Zealand. With my primary acoustic group, The Marais Project, we have recorded 6 highly regarded CDs.

But I also love jazz. Some 4 years ago I bought electric viola da gamba and started a new artistic journey alongside the older one. Together with local jazz legends, Matt Keegan (saxophones) and Matt McMahon (piano) I (Jenny Eriksson) formed Elysian Fields in 2015. Along with Susie Bishop (vocals) and young rhythm section Siebe Pogson (bass) and Finn Ryan (drums), we have created nearly 2 hours of original Australia music commissioned for what is a unique line up! 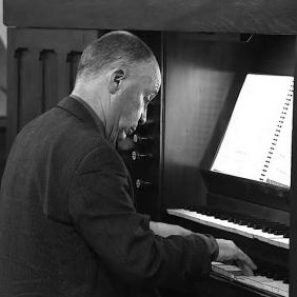 We are not working on the edits. The sessions we so good there is little editing to do. Everyone in the band is thrilled with the results! Thanks for your support. Jenny

Monday 27 January we head into the studio. I feel well prepared for this recording as do the members of the band. It will be Australia’s second electric viola da gamba CD – and we did the first! Jenny

Tomorrow, Monday 13 January, we have a full day of rehearsals for “Fika”. The band is feeling great and is ready to go. We are going to be putting down some great charts!

Many thanks to our 4 donors – you help make music happen. This week I met with producer, Matt Keegan, and sound engineer, Ritchie Belkner. It is really moving ahead!