Trust gets you killed. Love gets you hurt. And being real gets you hated.

A ten-year-old girl vanishes in the middle of the night in what seems like a text-book abduction case, but when Detective Fiona Barnes believes she has found the girl, deep in the forests of Echo Pines, the girl vanishes again from right in front of her.

Fiona has some hard questions to answer as she is taken to task by Chief Inspector Barnaby Stroud over the mysteriousness and ambiguity of the abduction, in which she is accused of not having the mental stability to do her job.

Echo Pines is not a cut and dry crime thriller; the story delves into themes of trust, prejudice, power and courage. The struggles of our lead character, Fiona, make the story more complicated than just a mystery. We want to explore the complex challenges of a woman in STEM and the lens of science fiction is a potent way to amplify her reality. Not just the reality of women in science but the struggle that women face every day, in every industry including in the film industry.

Fiona is the opposite of a hysterical and emotional human. She is hyper-rational, calm, and logical. She is a by-the-book senior constable. She studied forensic science and worked hard to get where she is. She is everything that her boss, Stroud, wants in a good detective – except that she’s not a man. Every step of the way, her decisions and expertise are called into question by the people that surround her. This is not only about whether Fiona can trust her own version of reality, but it is also about whether she is trusted to do her job.

Echo Pines is a film which questions the lack of representation of women embracing the movement ‘If she can see it, she can be it’. We are planning to film in the alpine forests near Canberra, to enhance a feeling of isolation. The cold and remote tone of this region provides a great tone in which to reflect this isolation and feeling of separation and of not belonging to the group.

Your donations will contribute to making the world of the fictional town of Echo Pines a reality.

and most importantly to help feed and house our incredible cast and crew while we’re away on location.

Every dollar counts and anything you can manage to contribute, big or small, will make a difference to this production.

Help us make this film a reality. 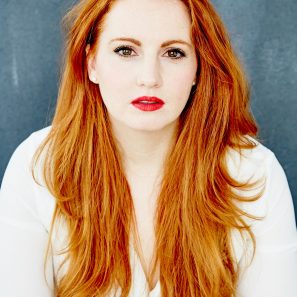 Stephanie is an Australian director, writer, producer and actor.

Her first short film ‘Fighting for Mable’ explored eating disorders and body image issues for young women and toured Australia with the 2005 Reel Life Film Festival. She directed and wrote several episodes of the award-winning New York web series Same Same, which she also produced and acted in. Released in October 2018, it’s nearing two million views online. Stephanie adapted & directed the short film ‘An Empty House with Many Doors’, from the story by Hugo and Nebula award-winning author Michael Swanwick. In 2014 she wrote the short film ‘Opal’, directed by her partner Josh Mawer, and produced the shorts ‘Gone’ (2010) and ‘Reprieve’ (2013). In 2008 she wrote and directed ‘The Shack’, a short film about a woman dealing with the ghosts of her childhood and her father, damaged by his experience in World War II. She lent her hand to writing and directing comedy sketches on the show ‘Sketchmen’ (channel TVS) and directed a run of ‘Arabian Nights’ (New Theatre) in Sydney, Australia.

She is currently studying the Masters of Art Screen in Directing at Australian Film, Television and Radio School. 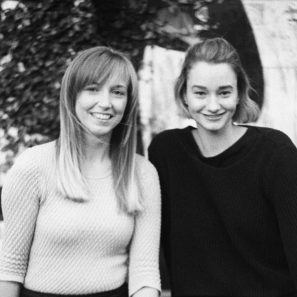