‘Drive’ is a highly theatrical show that asks the question: how did a woman so at the top of her game, with a family and a 19-year marriage, fall so spectacularly apart?

Loosely inspired by the story of Lisa Nowak – a former NASA astronaut who drove 14 hours from Houston to Orlando to confront her ex-lover’s (much younger) lover, this theatre show moves at a furious pace.

‘Drive’ has been programmed at Theatre Works

Whilst we have attracted some funding, it is not nearly enough to create and tour a show of this calibre, with all of its production requirements and pay our artists a living wage. As is the case with independent theatre, we are creating the work on a tight budget. Donations, big or small, will be used to put this show on the road, including artist fees, set, costumes, props, production materials plus additional hire of items and transportation.

‘Drive’ asks us to consider not only the brilliant women amongst us, but also the ordinary woman, the everyday worker, the dutiful friend, the woman raising children – doing it all – and possibly snapping under the pressure.

How we often use this old adage “the truth will set you free”, but what is the actual process of getting free? What do you have to go through first? Is it a dark 14-hour drive made through the middle of a rainy night? How close are any of us to snapping? To getting into our car, accelerating, and not looking back? 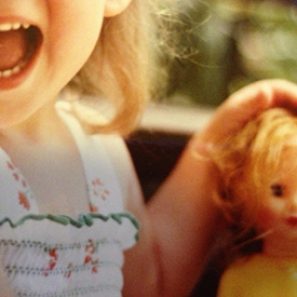 A graduate of the University of Sydney – BA (English and Performance Studies), Rebecca is a writer and theatre maker.

She has had her work performed at PACT Centre for Emerging Artists, This Is Not Art, Performance Space’s Nighttime, Metro Arts, Format Festival, Brisbane Festival, Queensland Theatre Company, FELTspace, HotHouse Theatre, Vitalstatistix and the Adelaide Fringe. Rebecca’s works include ‘The Reunion’ and ‘Suburban Boulevard’ (with Daniel Evans), ‘Click Tease’, ‘Fantasy Project Gary’, ‘Ebony Starling’, ‘Tracksuit Girl’, and in 2015 was awarded first prize in HotHouse Theatre’s Solo Monologue Competition for ‘Last of the Corsetieres’. In 2018, Rebecca presented a durational work ‘If you can learn to fake authenticity you’ve got it made’ in the shop front window of FELTspace – made with local artists Meg Wilson, Natalia Sledz and Hew Parham. Also in 2018 her play ‘Drive’ was presented as a work-in-progress in Adelaide Festival Centre’s inSPACE program, in collaboration with Vitalstatistix. This work has since been programmed by Theatre Works Melbourne as part of their ‘Because Now’ season, scheduled for this June. Also in 2019, she commenced developing her new show ‘Hits of the 70s, 80s and 90s’ with Adelaide choir Choral Grief, which reimagines Australian rock music mythology from a female perspective. 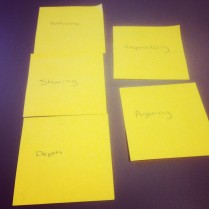 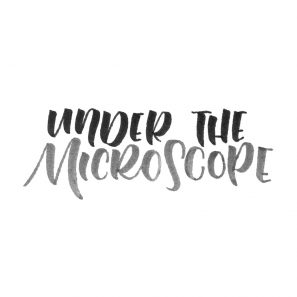 In 2020, Big Scary Animal will host the Australian premiere of the Royal Court’s ‘Violence & Son’ by Gary Owen.

'Phantasmagoria' is a powerful new theatre work that explores loss, family violence and inter-generational trauma. It has been programmed at Theatreworks from 6th -16th May 2020.

Short stories about our lives, performed in live immersive readings by powerful actors. Help us to share the stories with communities in Lithgow, Mudgee, Dubbo and Glen Innes.