DreamSong is a hilarious Aussie musical that tells the story of the church of DreamSong, a mega-church in financial crisis.

Pastor Richard Sunday concocts a plan to make some money for the church, but perhaps isn’t the most Christian way of doing things.

Before you know it the REAL Jesus shows up, will Jesus see Pastor Sunday’s actions as truly Holy?

This show has undergone rewrites following its successful 2013 season, and we are very excited to bring it to The Alex Theatre, St Kilda, this November!

We at EbbFlow are incredibly passionate about supporting Australian work!

There is a lack of main stage productions of Australian musicals, and we are hoping to bring them to the general public in a commercial way.

Supporting this production is supporting Australian Work! This is our Second production as a company, our first was the critically acclaimed production of Blackrock by Nick Enright, another important, relevant Australian piece of theatre.

We are incredibly lucky to be in The Alex Theatre, who are supportive and encouraging to our Vision!

Your donations will go towards paying our incredible Artists, Creative Team and Production Team!

Our cast are to be Announced, but boast credits from professional productions such as: Thoroughly Modern Millie, Muriel’s Wedding, In The Heights, Puffs, Anything Goes, Sweeney Todd and more

Whilst also introducing some new performers on the scene.

This production promises to be full of laughs, christian pop anthems and surely some miracles!

All who come to The Church of DreamSong will be touched!

To learn more about our production and company head to ebbflowtheatre.com 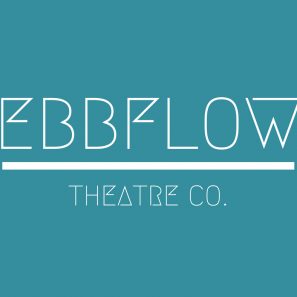 We are Melbourne’s newest Independent Theatre Company. We are putting a focus on Australian Theatre, and creating a space for Emerging Artists and Professionals to work together in new original productions. Creating a range of Theatre of Musicals and Plays. Producers Dean Robinson and Kate Schmidli are two young, fresh Producers who are excited to create new work for Artists and shed light on Australian Theatre.

The Lorelei & The Siren (New Musical)

The Lorelei and The Siren is a New Australian Musical. Currently in first draft form, funding is sought to workshop the script and music to the next stage of development.