The Deborah Cass Prize for Writing breaks new ground in the recognition of Australian writers. Entrants must be from a first or second-generation migrant background, and the winner receives a prize of $3000 along with a mentorship with an established writer to help bring their entry to a full-length manuscript for publication. The award honours the life of lawyer and writer Deborah Cass, who died in 2013.

The Prize, now in its sixth year, has been hailed as an important cultural initiative to bring migrant voices into the mainstream. The Prize committee is delighted to announce that luminaries of Australian writing, Melanie Cheng and Lee Kofman, will be joining us once again to judge the 2020 Prize. We also extend a warm welcome to new judge, Perth-based South African writer, Sisonke Msimang. Publisher Black Inc. will look at the winner’s completed manuscript.

These are difficult times for artists, especially those starting out. The Prize will help a talented emerging writer access professional support and find a new audience, like 2019 winner Janette Chen (pictured), whom the judges praised for her ‘mastery of the short story form, including her capacity to write a good ending’ and her ‘effortless sense of humour’.

Your donation is vital to help keep the momentum of the Prize going, allowing a sixth national Prize to be awarded to another exciting new voice in 2020. 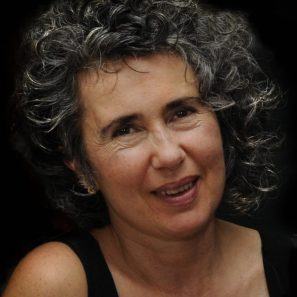 The Deborah Cass Prize for Writing is named for Melbourne-born Deborah Cass (1960-2013), a brilliant academic lawyer with an international career. Deborah was also a published short-story writer and aspiring novelist.

It was this passion that she returned to after being diagnosed with cancer. After Deborah died, her family and friends established a prize that they felt would honour Deborah’s commitment to social justice and her lifelong love of the written word.

The national prize named for Deborah is for emerging writers from a migrant background to tell stories that illuminate the diversity of the migrant experience. The prize aims to give the winner the confidence and practical support to develop a full-length manuscript for mainstream publication. This is why it provides not only a cash prize but also a mentorship and an offer by a publisher to consider the resulting manuscript.

Several years on, we can see that the Prize is succeeding in bringing new voices into the mainstream. A growing list of prize-winners and shortlisters have gone on to publish full-length works to acclaim. This would not be possible without you, and the many others who have helped bring the prize to life through donations of their funds, time and talent.
Deborah would be proud to see what has been achieved in her name.

This an arts journalism project to pay professional critics and reviewers to cover all cultural activity in South Australia as an important, and previously diminishing, part of the arts ecosystem.