This is an exciting collaboration between seemingly disparate musical identities. Danny Widdicombe is best known for his award winning folk and country songwriting and musicianship, whereas Trichotomy are renowned for their experimental strain of jazz.

The aim of this project is to record Danny and Trichotomy collaborating to create new and original music. The end result will be a new album of material to release to the public which will lead to this collaboration touring their genre-bending sounds all over the country.

In their chosen fields, both Danny and Trichotomy have established a solid fan base and earned a reputation in the wider music industry for being high quality composers and performers. This collaboration is an invigorating new direction for everybody involved, including their fan bases that eagerly await their next release.

The recording of this new project will take place in mid August and be completed by the start of September 2018.

The only way to grow as an artist, is to push yourself outside of your comfort zone. Try new things. Take a chance. This is exactly what Danny Widdicombe and Trichotomy are doing with their new collaboration. The genres ‘jazz folk’ or ‘jazz country’ aren’t exactly heard nor discussed every day, and that is why this collaboration is so important. The moment when musicians can find the courage to stray from the safe formula and throw new genres to the wind, is precisely the moment when musicians can find something new. A new voice. A new tool to express themselves.

There is a wonderful opportunity to meld the fan base of both Danny and Trichotomy. More exiting still, is the prospect of brand new audience that will connect with the music. This fund raising campaign will attempt to reach out to all of the existing fans of their music and also sought to find new areas of support from the live appearances this collaboration have planned.

This new project is attempting to raise a modest $3000 which will be used to record this new collaboration, over three days at $1000 a day. We will contribute a further $3000 to cover the expected expenses incurred the recording process such as extra musicians’ wages, recording engineers, admin and logistics.

This fundraising is purely to cover the recording process, not for manufacturing purposes.

The end result of this project will see the birth of a brand new, high quality musical collaboration released into the Australian music landscape. Danny and Trichotomy aim to take this new collaboration all over our great continent and beyond.

All the info anyone needs on Danny Widdicombe or Trichotomy can be found on their websites. https://www.trichotomymusic.com/ and https://dannywiddicombe.com/ 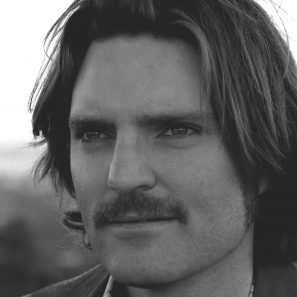 Danny Widdicombe is part virtuoso guitarist, musical director, songwriter, singer and story teller. He is based n Brisbane, Queensland and is best known for his folk / country / blues stylings but he’s also heavily influenced by jazz, indian, bossa nova, classical and anything else you can find in his meticulously alphabetised record collection.

Danny has released three albums as a solo artist, another three with his band The Wilson Pickers and has appeared on a myriad of albums playing as a session musician. All three of The Wilson Pickers albums have received the much sought after accolade of being nominated for ARIA Awards as well as a Golden Guitar nomination in 2017 for their latest release. Danny has also won the prestigious GW McLennan Memorial Fellowship and a Queensland Music Award.

In 2015 Danny celebrated his 20 year anniversary of living with leukaemia which has been his nemesis since the tender age of 19. Managing to balance treatment and its side effects and continue a career in music as well as raise two children has given Danny both an enormous sense of compassion but also the determination to pursue his evolving craft of writing, creating and performing music.

Banksia Ensemble presents Stravinsky's iconic work, The Soldier's Tale for small ensemble and narrator in addition to the world premiere of a companion piece by Perth composer, Rebecca Erin Smith.

In Good Company is a collective of young creatives, spearheading a mission to present a new performance concept of interdisciplinary, interactive and dynamic contemporary dance and music in unconventional spaces.