As composer, my curiosity for the ‘novel’ has always led me on a path of discovery; seeking the unusual, and the unconventional in order to nurture not only my artistic practice but my growth as an individual – remaining always true to myself, and completely open to the possibilities.

This is what keeps me excited about music and music composition. It is this philosophy of a total freedom to explore the actual compositional process that has led me on a path to the adoption of ‘novel’ ideas, such as the connections between mathematics, science and music.

Since the times of Ancient Greece, music has been considered a ‘mathematical art’ with its ‘physical, theoretical, cosmological, physiological, acoustic, compositional and analytical’ interrelationships, although much of mathematics’ true potential for its incorporation in contemporary music composition remains untapped. My ongoing ‘musimathical’ journey of exploration into the world of contemporary classical composition continues with this new symphonic work.

Orchestral music is as relevant today as it was in the 1600s with Monteverdi’s ‘Renaissance’ orchestra. In the twentieth-century it developed into the vehicle for experimentation that we know today – an incredible instrument capable of fierce energy and great emotional power, made up of countless humans essentially involved in the simultaneously creation of ‘high’ art. But, in order to keep this music alive, one must certainly continue the wheels of invention via the creation of new innovative ways of composing, and hence fresh new ways of presenting an old art.

I believe that it is important for the composer of today to create music that is a reflection of the present; that it is relevant today. The new orchestral work will serve as an exploration of Uzbek Dance (endowed with an incredible complexity consisting of between 15 and 20 thousand movements), and in particular ‘Lazgi,’ which is part of the Khorezm School of Dance – a dance-type “performed with fire, knives, and even on ropes” featuring a philosophy centred around the personification of nature.

The confirmed premiere performance by Elnura Mirzakamalova and the Uzbekistan National Symphony Orchestra will take place at the Grand Hall of the State Conservatory of Uzbekistan in Tashkent in September, 2020 as part of the VI International Festival of Symphonic Music. It is important to note that this geographical region is at the heart of the historical ‘Silk Road’ and that the Uzbek city of Samarkand was once the capital of Central Asia.

The period of composition will be between 1 February and 30 June 2020. The donations will allow me to compose the new work. There is no doubt that this project will benefit my own future as a composer, both from the point of view of compositional craft and the unfathomable benefits that are bound to arise from personally interacting with the greater musical world, but it must be stated that my philosophical viewpoint as composer will always be not simply about egocentric self-development, but also about knowledge sharing, and inspiring others to continue developing the ‘Australian’ artistic voice. 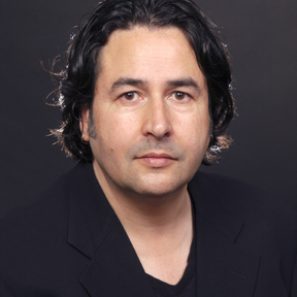 In 2007, Andrian Pertout completed a Doctor of Philosophy (PhD) degree at the University of Melbourne on Tweddle Trust, APA and MRS scholarships, studying composition under the guidance of Brenton Broadstock.

Support our Melbourne Baroque Orchestra musicians as they weather this stormy time in the Performing Arts.

Continuation of commissioning Australian composers into 2020/2021 and beyond.

2020 held the promise of another busy year for the Orava Quartet - yet, as for so many artists and corollary workers in live performance industries, they now need your support more than ever.