Belfast loyalist Eric Miller is under attack. Convinced that Irish republican Gerry Adams has disguised himself as a new-born baby and successfully infiltrated his family home, Eric must act swiftly to stake his territory. The battles of the past reignite as Eric’s attempts to preserve his heritage and safeguard his future lead him to an act of unthinkable terror.

Cyprus Avenue comes to the Old Fitz Theatre after scoring a swag of awards and rave reviews from critics and audiences across the globe. After debuting at Dublin’s Abbey Theatre in 2016, Cyprus Avenue played to sold out houses at London’s Royal Court Theatre and the Public Theatre in New York.

Empress Theatre proudly presents the Australian premiere of Cyprus Avenue at the Old Fitz Theatre in May/June, 2019.
“Horror and humour in bone shaking proportions.” The Observer *****
“Compulsive viewing … unmissable.” The Telegraph ****
“The most shocking play on the London stage … a subversive drama that has never been more relevant.” The Guardian ****

Cyprus Avenue ignites a theatrical conversation about the dismantling of traditional power structures of patriarchy and imperialism. The play revolves around Eric, a Belfast loyalist who perceives his identity and cultural heritage to be under attack by the tides of progress. Terrified of the future and traumatised by the past, Eric is trapped by a lifetime of ingrained bigotry and prejudice. This subversive and shocking drama invites Sydney audiences to participate in a global conversation about the the dangers of hegemonic power.

We are passionate about the ability of international work to speak to the heart of local concerns, and Cyprus Avenue brilliantly captures the current zeitgeist of speaking truth to power. This remarkable play offers a cultural critique of how discrimination and gendered violence continue to permeate our society. Cyprus Avenue is an important provocation for Sydney audiences as they participate in a global conversation about heritage and history, transformation and progress.

Making independent theatre in Sydney is tough. Artists are often asked to give their time and talent to theatrical productions with no guarantee of financial remuneration. That’s why a central tenet of Empress Theatre is equality and empowerment – not just creatively, but financially. We have assembled a team of five astonishing actors, three superb designers and one remarkable technician to realise the Australian premiere of Cyprus Avenue.

Every single dollar we receive through our ACF campaign will go directly towards our artistic and creative team fees. And we are thrilled to be recipients of Match Lab, an incredible initiative whereby every dollar raised in our campaign will be matched by Creative Partnerships Australia – which means that your donation will be doubled! With your help, our goal of $6,000 will become $12,000. By pledging support today, you are not only directly responsible for helping us realise a remarkable piece of theatre – you are also making it possible for Sydney’s creative community to thrive. 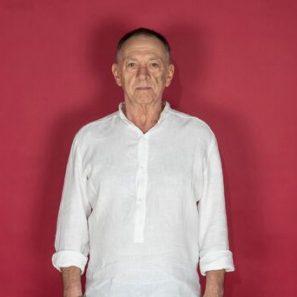 Double the value of your donation! Thanks to Creative Partnerships Australia’s MATCH Lab program, every dollar you preference to this campaign will be matched dollar for dollar, up to $6,000.