Crow Valley celebrates the power of storytelling. We love movies that have great characters, a thrilling plot and themes that reveal the human condition. Our film is all about delivering these elements and creating an experience for the audience that is genuinely satisfying. Our movie isn’t an easy viewing experience. It deals with tragedy and the way our mistakes echo through other people’s lives causing havoc and devastation. But it’s also about hope, and how we recover from these mistakes, learn about ourselves and rebuild.

The past 12 months have been particularly hard on everyone. The arts community has not been immune from that suffering, with a whole range of projects moth-balled and many abandoned completely. Crow Valley could have easily been one of these casualties but through a huge amount of work and support from our friends we’ve managed to survive and move forward. We believe we’re telling a uniquely Australian story and now have an opportunity to take that story to a global audience.

After years of grit and determination Crow Valley has managed to finally secure an international sales agent. This is a huge effort for a film that started as a weekend hobby and was put together basically with spare change.

Funds raised through the ACF will go towards final post-production costs and allow us to take advantage of our distribution deal.

These costs represent quite a difficult final financial hurdle and with a little support we will be able to take advantage of an absolutely massive opportunity.

Funds donated though our ACF campaign will go towards paying for post production costs and getting our movie out to the public.

To find out more and keep up to date with Crow Valley, direct message us on Instagram at @crowvalleymovie.

If you can’t afford a donation you could help us out by sharing our ACF donation page on your social channels or with your friends and family. 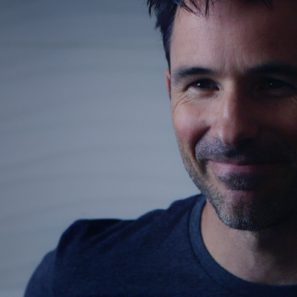 My name is Josh Conn and I’m a filmmaker based in Torquay on the south-west coast of Victoria.

I made my start in the film industry after writing a spec script in 2009 that caught the eye of New Zealand production company The Gibson Group. I spent more than 18 months developing the concept with Gibson Group CEO Dave Gibson and former Hollywood screenwriter Steve Barr. Although the project didn’t make it into production, it was a fantastic introduction into how a movie is put together and what a story needs to engage and challenge an audience.

I went on to write and direct a series of short movies before starting work on my first feature film Crow Valley in 2018. I wrote the first draft of the script early that year with production beginning in 2019.

I take a humanistic approach to my work that recognises people’s flaws and struggles, while celebrating their ability to change and grow.