Set in the cottage-industry end of the global shipping industry, Container is a story about how employees can sometimes be asked to make questionable decisions for the sake of the big companies that ‘write their cheques’. The film is intended for film festival circulation, notably MIFF 2021.

We have completed shooting the film, so the funds we are aiming to raise through the ACF will go towards post production (colourist, sound designer and mixer, and VFX artist) and promotional (creation of marketing materials such as poster and trailer, festival submission fees) costs.

The final submission deadline for MIFF is March 16th, 2021, so we are working towards this deadline.

Container is a uniquely Australian story that speaks to a number of universally pertinent themes such as COVID-19’s impact on worker rights. However, the film’s social and political themes never overshadow what is at its core, an acutely observed look at one worker’s dilemma. I truly believe this film to be both stylistically and thematically important in the canon of Australian short films, if for nothing else than the the opportunity for a window into a world rarely depicted on screen. A group of extremely talented, dedicated and generous human beings have already given so much to this film, both behind and in front of the camera – what we’re asking for is a relatively modest contribution from the arts community to help this already excellent film be all it can be.

Donations will go towards post production costs that include paying our colourist, sound designer and mixer, VFX artist and the creation of promotional materials such as the film’s poster and trailer, as well as festival submission costs.

The contributions towards these costs will see an overall lift in production value and further increase the film’s opportunity to reach its audience.

All people and organisations that make a donation will be ‘thanked’ in the films credits and kept informed of the film’s progress such as festival acceptance and screening opportunities. 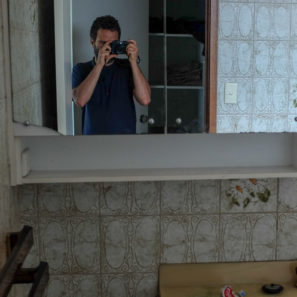 Following studies at the Victorian College of the Arts (VCA) in 2013, Jacintho has gone on to write, direct and produce several short films, music videos and other content with a focus on using the mundanity of ‘everyday’ experience to express broader existential and social themes. Jacintho was a 2020 City of Melbourne Arts Grant recipient for his short film ‘Container’.

Jacintho has also completed several non-commisioned photographic projects, including ‘I’ve Been Coming Here For Years, But There’s So Much Traffic Nowadays’ that enquired into the ageing centres of social and community importance and the people that frequent them within the rapidly developing inner-northern suburbs of Melbourne.

In addition to his creative practice, he also teaches Video Art at the Melbourne Youth Justice Centre on a casual basis and is the Festival Director for the 2021 ReelGood Film Festival.