Whether you’re a believer or skeptic, we find claims of extraterrestrials fascinating.

They’re the focus of conversations at dinner parties and arguments in pubs, not to mention a staple History Channel television programs and viral videos that flood our social media feeds.

What is it about extraterrestrials that capture our collective imaginations?

Framed within the historical and cultural context of the rise of new age beliefs and conspiracy theory this thought-provoking documentary challenges the audience’s views and understandings of contemporary beliefs and acts as a case study of broader cultural trends in the interplay of knowledge and power.

In a time of cultural chaos, when many are questioning their beliefs, sense of purpose and capacity to find life meaningful and worth living – we may need extraterrestrials more than they need us.

Conspirituality investigates the existential quest for meaning. Like religion, faith in extraterrestrials provides something to believe in for many in need of more meaningful lives. Has globalisation, secularisation, technology or the other complex processes of modernity affected identity formation by ‘moving the goalposts’ of where the Other is to be located?

If contact has been made and extraterrestrials are real, what does their existence and contact with us signify? What if they are not real, nothing but misinterpretations and figments of our meaning-making imagination; what does this say about us? Why do we so strongly feel the need to somehow identify and rationally explain these phenomena?

Perhaps extraterrestrials symbolise that we are still capable of experiencing something that lifts us out of our mundane and often seemingly purposeless lives, and reminds us what it means to be fully, ecstatically alive in a universe filled with beauty, mystery, terror, danger and wonder.

Currently in production and all self-funded, we are looking to raise funds for production costs. While most of the documentary takes place in Australia, an expert in New Age and Conspiracy belief within the field of Religious Studies – David G. Robertson works from the University of Edinburgh.

His expertise in that field will be used as the backbone of the documentary to provide a sense of authority. David G. Robertson argues that UFOs symbolize an uncertainty about the boundaries between scientific knowledge and other ways of validating knowledge, and thus became part of a shared vocabulary. His work provides an overview of the development of UFO subcultures from the perspective of religious studies, UFOs, Conspiracy Theories and the New Age.

Any additional funds remaining will be used towards production in Australia. 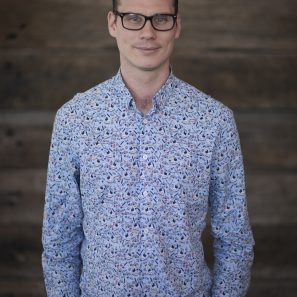 Samuel Hutchinson is a Sydney based director, producer and editor. His works explores the nature of belongingness.

His previous work Synchronicities (2015) – screened at Melbourne Documentary Film Festival and SF Indie Fest – explores the life of UFO contactee, Peter Maxwell Slattery and Samuel continues to explore these themes with We Are All Snakes (2017) and The Yowie (2017). Samuel is currently in production on his first feature documentary, Conspirituality.

He’s given talks at the Australian Skeptics (filming with the fringe) and will be featured on a panel discussion at their national convention in 2018.