12 track LP ready to be made, but short on funds due to COVID 19 (and the release of my previous album!)
Funding will go to musicians, engineers, artwork, mixing and mastering.

I’ve spent most of my performing life working sessionally for Rockwiz, and artists such as Deborah Conway, Tim Rogers, Angus and Julia Stone and Alex Lahey.

That work all came to a head at the beginning of COVID. Not only did I lose my money, I sort of lost my identity. Being able to write and record new material has given me creative purpose again.

The end result will be an album, to be released in 2021 and resulting in a tour (fingers crossed!) 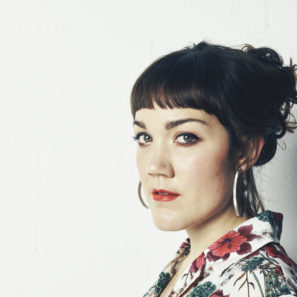 Clio Renner is Melbourne-based pianist, keyboardist, vocalist and songwriter, whose own music reflects the dizzying array of Australian rock artists she has performed with.

Clio has worked with a roll-call of Australian rock royalty including Angus and Julia Stone, Deborah Conway, Tim Rogers, Bob Evans, Alex Lahey, G Flip, Killing Heidi and Olympia. She is a part of the beloved ‘RocKwiz’ house band, and the ‘Countdown’ band, featuring in the ABC’s New Year’s Eve concert broadcasts at the Sydney Opera House.