Exploring themes of sexuality, identity and community in rural Australia, Cherry Season presents a unique perspective on LGBTQIA+ issues in small communities as it follows a young woman faced with conflicting notions of isolation, conformity and responsibility.

Summer has arrived in Shantelle’s hometown of Young, NSW. Between stacking the shelves with cherries and scrolling through women on Snapchat, there doesn’t appear to be much going on in her life to keep her there. But when she discovers her wayward teenage sister, Tamara, posting nude pics online, Shantelle must hunt her down and, with the help of a callow workmate, stop Tamara crossing a dangerous line.

An ambitious project representing sexual, gender, cultural and socio-economic diversity, Cherry Season is directed by award-winning gay-identifying filmmaker Joshua Longhurst, who was born and raised in Young, NSW in which the film is set and where it will be shot on location. This project marks the first time he will examine his roots in a cinematic story.

Joshua is a promising and bold emerging director with a powerful voice and strong visual style. He has a fascination with loneliness, yearning and emotional honesty, as well as a passion for the exploration of LGBTQIA+ issues, gender politics, sexuality and identity on screen.

Cherry Season is a unique and timely exploration of the difficulty LGBTQIA+ people often experience in regional NSW, told with refreshing honesty.

Supported by Create NSW and SBS TV, Cherry Season will be broadcast on national television and on SBS On Demand in celebration of the 40th anniversary of Mardi Gras.

Donating to this project will support the communication of this poignant LGBTQIA+ story across the world.

Shooting on location will create financial and logistical challenges yet is vital for the authenticity of the story and the portrayal of the unique cultural identity and landscape of regional NSW. Funds will be used towards production and post-production costs, ensuring the director’s vibrant vision can be realised.

Thank you for your generous support. 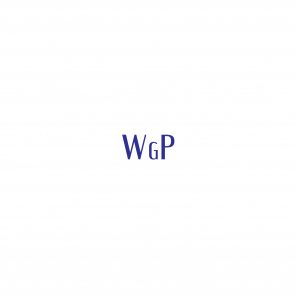 The company formalises creative working relationships that have been developed over many years. Rosie and Joshua met in 2013 during Sydney Film Festival’s professional development program, where Joshua’s short film, Ravage, screened as part of the Dendy Short Film Awards and where Rosie served on the pre-selection committee. Tim and Joshua first worked together on the short film, Oasis, which screened in multiple film festivals domestically and internationally.

The team is dedicated to creating engaging and innovative stories for screen, with a focus on LGBTQIA+ characters and issues. Wintergarden Pictures’ first project, Cherry Season, is a short film set in Young, NSW following a day in the life of a withdrawn young lesbian confronting the bigotry of her country town as she attempts to track down her wayward teenage sister with the help of a callow workmate.

Upcoming projects include Ding Dong I’m Gay, a multi-platform comedy series exploring the surreal world of contemporary gay relationships and Wilco, a short film set in 1942 about a gay man with a mobility disability who must learn how to survive when his carer and secret lover is conscripted to World War II.

Wintergarden Pictures was named after the Central Coast picture show that Tim’s great-grandparents owned and where his grandmother watched the old classics during the 1920s.