ButohOUT! is a community-led, inclusive festival that breaks expectations and boundaries. It invites diverse arts and non-arts communities to engage with the profound internationally-acclaimed art form of Butoh. ButohOUT! also engages with international Butoh dancers to interact with local Australian practitioners from new initiates to established performers in an open exchange of expertise and performance.

ButohOUT! 2020 offers a series of four short, intensive public workshops, plus a family workshop, between 18 Feb and 19 April. Funds will go to support a 2-day performance presentation by emerging artists and the workshop participants on 4(Sat) and 5(Sun) April at Abbotsford Convent.

Additionally, Dancehouse is hosting a 3-day performance by master-artists, both local and international on 24(Fri), 25(Sat) and 26(Sun) April 2020 for which funds are being sought. These performance seasons are an integral part of the festival’s goal to bring awareness of Butoh to a wider community of appreciators.

ButohOUT! is the only festival of its kind in Australia focusing on this distinctive art form and it is important to continue to build on its growing reputation.

Combining the virtuosity of Yumi Umiumare’s (Artistic Director) 30-year Butoh practice, alongside Takashi Takiguchi’s (Producer) 15 years of experience in socially-engaged projects, the festival is able to offer a diverse range of participation through workshops and performance in partnership with two of Melbourne’s highly-valued and recognised venues, Abbotsford Convent and Dancehouse.

The unique nature and freedom that is inherent within the practice of Butoh makes it accessible and open to all ages, ability, gender, nationality, sexual orientation and level of practice. As last year’s sell-out workshop and performance season shows, interest is mounting in Melbourne and to continue this momentum is our goal. These performers have found their voice and an ever-expanding audience who is willing to hear them.

Currently, the festival is funded only by the public workshops and in-kind support from the two venues. The donation will provide assistance for the two performance seasons in April 2020. It will cover costs for hiring technical equipment, venue administration, as well as fees for the technicians and operational staff.

Donations towards ButohOUT! – Primal Colour are tax deductible and further information can be found on;
https://www.butohout.com/history

ButohOUT! is a community-led, inclusive festival held annually in Melbourne since 2017. ButohOUT! invites diverse Australian performance-art communities to interact with the profound art of Butoh. Initially emerging in Japan as ‘Ankoku Butoh (Dance of Darkness)’ during the late 1950s, this unique form is now an international phenomenon.

‘Forbidden Laughter’, the 2 week-performance season in ButohOUT! 2019 had a sold-out season, with a cast of 25 from diverse cultural and arts/non-arts backgrounds, including able-bodied performers alongside artists with disabilities.

As Japanese-Australian cultural ambassadors, Yumi and Takashi are passionate about creating a Butoh hub in Melbourne, facilitating artistic exchange between local and international artists and organisations, increasing accessibility to this relatively new art-form in Australia.

ButohOUT! continues to generate opportunities to investigate and embrace what it means to be human through the body and spirit of Butoh. At no time has there been a greater need to be reminded of our humanity in the face of current environmental and political challenges. 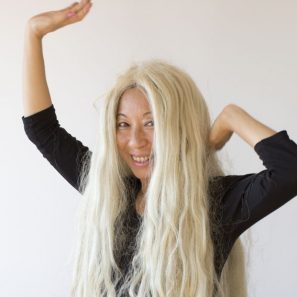