Brunswick Dance Club is a new independent feature film made in Melbourne.

This film is for anyone who wants to feel something, to question what they’ve seen as they leave the cinema. Not just have a movie glaze over them; this is for cinema fans.

This film will showcase the best & brightest of emerging talent within Melbourne’s growing filmmaking community. We want to bring some life into the Australian movie scene and create a piece of art that will hopefully stir discussion and leave audiences feeling like they have seen something worthwhile, whether it be confronting or pleasant. Brunswick Dance Club isn’t just a film, it is a significant art piece that will involve local Melbourne, artists, musicians, photographers and many other creative voices within the vibrant art scene here in Melbourne.

Being an independent production, most of the cast & crew will be donating their time to the project and the funds raised will go to covering production costs over the shooting weeks, such as the catering, location fees, costumes etc.

When shooting is complete we will have a thought-provoking & confronting portrait of a part of Melbourne that hasn’t been shown on screen before. We have a goal of beginning production at the start of October 2020 and every cent raised will help us in achieving our goal and help our pre-production run a lot smoother. 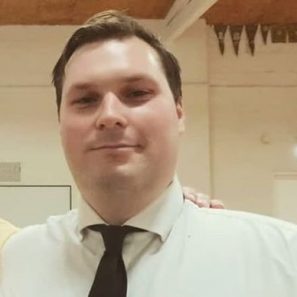 I am an independent filmmaker who has been making films for over ten years.

Since leaving film school I have directed five independent and professional level productions ranging in genres from stoner comedy to gritty crime drama, I also have directed a short film that was a finalist at the Sunshine Film Festival titled “Super Stevie” & television pilot for the soon to be produced Australian comedy “Addicted”

I feel that there is a lack of personality in the Australian film industry at the moment and I have a goal to change that with my debut feature film titled “Brunswick Dance Club” which is now in pre production, and to try bring a sort of new wave to Australian cinema.