When Jina a Kurdish poet escapes her oppressive homeland in Western Iran, she takes her beloved’s birthday gift – “Girl with the Pearl Earring” translated into Farsi – with her on a journey to seek political asylum in Australia. Chancing upon a community library, the invitation to ‘take a book, leave a book’ forges a poignant connection between her new landscape and the home she has left behind.

We aim to bring Maryam Babaali’s personal story to life to the highest artistic standard possible. Funding will enable us to hire quality equipment to better facilitate the beautiful filmic and literary images.

We’re creating this film for national and international audiences who have an avid interest in the asylum-seeker debate, the plight of refugees and the importance that the arts can play in everyone’s life.

We plan to secure and confirm funds end of June 2018; Pre-production in July; film shoot and commencement of post-production in August; film completed for first screening in October 2018.

We’re thrilled to have received BOOST funding from the ACF, who will match dollar for dollar every donation we receive up to $2,000. So if you help us reach our target, your gift will give twice!

THE SIGNIFICANCE OF THIS PROJECT
We believe passionately in the power of film to tell stories that tap into our deepest human experiences and bring communities together. The film will be made by a committed team who believe Broken Boat is a story worth telling. The team includes experienced director Angelo Salamanca (Seattle, Kent & Ireland Film Festivals); Cinematographer Hayley Miro Browne (Red Dog & Paper Planes); and Editor Bill Mousoulis (founder of ‘Senses of Cinema’).

The film will be launched at a free Migrant Stories community storytelling event.

HOW YOUR SUPPORT WILL HELP
Your support will help us propel Maryam’s beautiful story into production and onto movie screens around the world. The film’s narrative and intrinsic message will be submitted to festivals and events around Australia and globally. It’s a poignant reflection on Australian’s multi-cultural society: its extraordinary diversity; its inherent challenges; and, above all, its remarkable successes.

HOW YOUR DONATION WILL HELP US MAKE THIS FILM
Your support will contribute to the hire of camera, lighting, sound, and editing equipment, and the purchase of production materials, to ensure the film can be produced to the highest artistic standards.

Your involvement will facilitate the creation of a quality short film designed to be screened on the national and world stage. 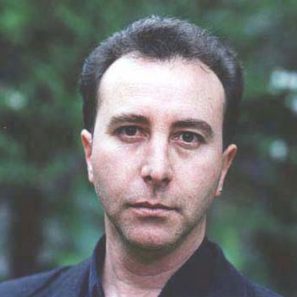 Angelo graduated with distinction from Swinburne Film and Television (now VCA Film & TV School) specialising in screenwriting and directing. His graduate film, Urban Myth was distributed by the AFI. Angelo’s first efforts at professional screenwriting included co-writing Hungry Heart (Official Selection for Edinburgh International Film Festival and Montreal International Film Festival) and writing Closer and Closer Apart, praised by David Stratton in the US film magazine, Variety as a “well-written script”. His most recent feature screenwriting effort God’s Little Children was commended by Peter Krausz in the 2015 Fellowship of Australian Writers Awards and has been recently optioned by Winding Road Entertainment. Angelo has over 25 years’ experience in the film industry as a filmmaker, screenwriter and script assessor, judging feature film scripts for The Australian Writers Guild. Angelo’s most recent work includes directing the short film, The Last Babushka Doll starring Anne-Louise Lambert (Picnic at Hanging Rock) which has just been chosen to screen at a prestigious Australian Film Festival, May 2018.

A music project featuring stories by women for women around the world. They are real experiences of women who have overcome abuse and sexism, who take their lives back towards happiness. Advocate for equal rights!