“He can sing, dance and act most people into a corner” – The Sydney Morning Herald.

I am thrilled to make my debut singing album in Melbourne with one of Australia’s leading music producer, Chong Lim AM. As Maestro Lim is the music director for Olivia Newton John AC OBE, Kylie Minogue AO OBE, John Farnham AO and David Campbell this is an exciting prospect.

Recording is scheduled with an orchestra in Autumn 2020. The album will be ready for release in Spring 2020.

Since starting my career with Opera Australia at the age of eight, my life has been a pursuit of artistic excellence. Graduating with Honours from the Royal Academy of Dramatic Art in 2009, I have achieved an International career as an actor and singer.

My work acknowledges classical and contemporary music, and I strive to make this classical-crossover genre accessible, particularly to young people. Creating my album with Maestro Lim will enable me to fulfil this ambition. 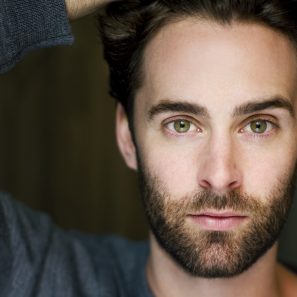 Brett Brown is a graduate of the Royal Academy of Dramatic Art, London. An award-winning actor and distinguished baritone, he holds a Licentiate in Singing from the AMEB, and is a Fellow of the Guild of Musicians and Singers.

Brett began his career with Opera Australia at the age of eight. He has performed leading roles with OperaUpClose, the Royal Shakespeare Company, Shakespeare’s Globe, the BBC, and in the West End productions of Dear World and Fishskin Trousers. Highlights also include Hamlet in Denmark and South Korea. Brett made his screen debut in the Academy award winning film The Theory of Everything. He has represented Australia with his solo production of Henry V at Shakespeare festivals in Croatia, Czech Republic, Hungary, Poland, Serbia and the United Kingdom.

Brett’s solo recitals include Brett Brown Sings Handel; Bach’s Ich Habe Genug; Vivaldi: Lovers and Warriors; and You Say You Want A Revolution. In 2017 he opened the Art Gallery of NSW Resonate with his classical-cabaret Postcards, and returned in 2018 with To Sleep Perchance to Dream. In 2019 Brett sings a world premiere by acclaimed American composer Nico Muhly with Omega Ensemble at City Recital Hall. His debut album is set for release in 2020.

In light of Covid-19, Chong Lim and I have had to postpone the recording of my debut album until early 2021. We are looking forward to working together in person, and continue to collaborate remotely.