BRAZEN HUSSIES is a feature length history documentary in development, and a one hour television version.

The key audiences for the film are not only those who lived through the era and will enjoy reminiscing; but also younger women and men who will be inspired by the legacy of these brave activists.

Right now we are planning an ambitious project to search, unearth and digitise compelling photographs and home movies from all over Australia, that will convey the spirit and courage of the women from this era.

Some images will be held in footage archives, others in private collections – stored in the dusty cupboards or attics – of activists from the women’s movement. Finding and accessing these archives will take time and money, but it is essential, so we can authentically and cinematically convey the rich history of this era.

This archival project will take place in the second half of 2019, with the aim to release the film by March 2020.

The story of Australia’s Women’s Liberation era has never been told comprehensively on film. BRAZEN HUSSIES will celebrate the legacy of its activists and bring a new recognition and respect for their contribution. We want this women’s history to be a part of Australian mainstream history. A new generation will see that women have always been active participants in shaping Australian society.

As some of the activists are now quite elderly, this project is urgent.

Your contribution will ensure this important history is recorded in a dynamic and compelling way, stimulating conversations about the status of Australian women today, and empowering future change-makers.

Donations will be used to engage an experienced researcher to lead the archival acquisitions. This researcher will locate and document collections of interest around Australia and recruit and manage a national team of volunteers, who can travel to search collections and digitise materials. Funds will also contribute to the costs of equipment, travel, database software and publicity materials for this national call-out.

The end result will be the collation of previously undiscovered, compelling images and moving image archives that convey feminist life in the 60’s and 70’s. A selection will then be licensed and included in the documentary, creating a dynamic record of the era. The entire collection can be then housed in an appropriate library or archive collection.

We have now raised over $16,000 towards this project. Thanks to all the very generous supporters. We are blown away by the community’s support for this film!

Further funds raised will be used to enhance the archival research project described, or can also be used to supplement the post production budget for our film, or contribute to the costs of the impact campaign to accompany the release of the film. Your support is invaluable to this important and timely project.

*Please note: No editorial control of the film can be provided to donors. 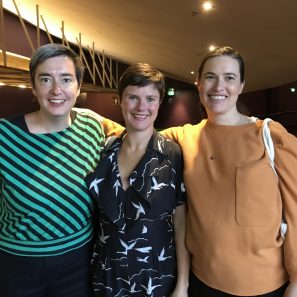 Andrea worked on the post production and impact campaign of CinéfestOZ Film Prize winning PUTUPARRI AND THE RAINMAKERS (2015). She ensured the smooth delivery of INDIAN WEDDING RACE (2016) and ACID OCEAN (2013), produced short doc ON HER SHOULDERS (2011) and Co-Produced the feature doc INDONESIA CALLING: JORIS IVENS IN AUSTRALIA (2009). 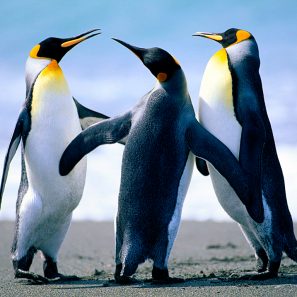 The University of Otago

Thanks to Creative Partnerships Australia’s MATCH Lab program, this project will receive an additional $10,000 in matched funding.

We have exceeded our target. But please keep donations coming!

A fantastic response! Thanks for your generosity. Although we have reached our target, we can make good use of additional funds for archival, shoot and post production costs. So please keep donating!