Olympia Bukkakis is a drag performer from Melbourne living in Berlin. After graduating from a master‘s in dance she will develop a new show between her old and new homes!

Boys Night Out combines drag, dance and performance to investigate sexuality, class, gender and race in the white Australian psyche. Olympia will adopt the tropes of Australian storytelling and physicality as she ‘drags’ a variety of archetypal white Australian male personas. The work explores the ways in which Australian identities are positioned in relation to victimhood, culpability, remembering, and forgetting.

With Allison Wiltshire and SJ Norman, Olympia will undertake a 4 week research process in Melbourne and rural Victoria, with a work-in-progress showing for Midsumma 2020. The work will then be further developed in Berlin, with an Australian premiere in 2021.

Funds raised will go towards payment for the artists involved as well as travel and research activities.

The current market for minority art has created a situation where many artists feel compelled to make work that is inspired by their victimhood. But in the present moment, and with the weight of past and present colonial crimes pressing down on our collective consciousness, it becomes disingenuous to continue to ignore the various ways in which we are also culpable.

Olympia Bukkakis, as a white Australian trans person, wants to explore the morally complex position of simultaneously being a victim of heterosexist and transphobic prejudice, while also being an heir(ess) to a history of theft and genocidal violence. Together with dramaturg Allison Wiltshire and SJ Norman as Outside Eye she will explore how complicity with colonial violence and its legacy warps the mind of the settler, spreading a social sickness that rears its head at critical moments in Australian public life.

It is our desire to make a work that is non-didactic, honest, accurate and well researched. The content of Boys Night Out must come real people and their stories, rather than purely historical and academic texts. Money raised from this fundraiser will go towards modest artist fees, research activities and travel, including throughout Melbourne and Greater Victoria, where we will collect video, field recordings and interviews which will inspire the physicality, aesthetic and performance text of the work.

This research will be developed into a work in progress showing at the Abbotsford Convent as part of the Midsumma Festival 2020 from the 30th of January to the 1st of February. Following further research in Australia, the work will then be developed further in Berlin into a 90 minute show to be premiered at Sophiensaele theatre. An Australian premiere and tour is anticipated in late 2020/early 2021. 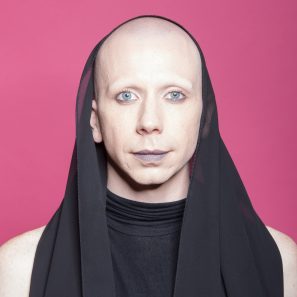 Queen of the Heavens and of the Earth, Empress of Despair, and Architect of Your Eternal Suffering, Olympia Bukkakis began performing while completing a BA in social theory at Melbourne University in Australia and kick-started the local alternative drag scene with her party Pandora’s Box. She has collaborated with Australian queer theatre company Sisters Grimm on a number of projects including Summertime in the Garden of Eden.

Since moving to Berlin in 2012, she has organised, curated, and hosted various queer performance nights including Queens Against Borders, a performance event in solidarity with trans and queer refugees. In recent years she has begun to perform in contemporary dance and performance contexts, performing in Jeremy Wade’s Between Sirens and Human Resources and in 2019 she completed a Masters in Solo Dance Authorship at the Inter-University Centre for Dance (HZT) in Berlin with her graduation piece Tales From a State of Shemergency. Her most recent full length work Gender Euphoria premiered at Sophiensaele in Berlin as part of the 2019 Tanztage festival.

Her practice is situated within, and inspired by, the tensions and intersections between queer nightlife and contemporary dance and performance. 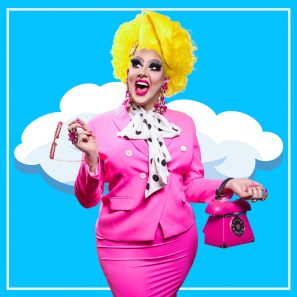