Between the Lines is the exploration of the unique family dynamic between a single mother, Nicole, and her autistic son Oli. The film raises awareness of Autism, explores the endurance of familial love from multiple perspectives, and reflects on the ways that communication, or lack there-of, can affect a relationship.

Blaise Borrer, an Australian filmmaker on the spectrum and the writer/director of Between the Lines, strives to push boundaries with the content already being made about Autism. Drawing from his experiences, and the experiences of others on the spectrum, he hopes to show a truthful portrayal of the relationship between a mother and her autistic son.

The crew are made up of young, emerging filmmakers from the Australian Film Television and Radio School (AFTRS). We are looking to shoot this short film in November 2020 and hope to distribute it to Australian film festivals in 2021. We are also looking to develop this film into a feature in the coming years.

This film is a love letter to all parents as they navigate their way through parenthood, facing its ups and downs, whilst raising and loving their children. It also serves as a safe space for those on the spectrum, and acts as a platform where their story and experiences can be heard.

The stigma surrounding mental conditions and diagnosis has begun to break down in the past decade, but there are still long strides to make towards acceptance, inclusivity and understanding conditions such as Autism in the media. Between the Lines hopes to be a part of this change and create an accessible way for people to understand Autism.

However, the film also goes beyond that and is an ode to familial relationships in general. Communication issues between a parent and a child are universal, and relatable to everyone in some way. In saying this, Between the Lines is not a critique of either side, but an illustration of the power of familial love and making the effort to try to understand one another, even when it seems impossible.

By donating, you’ll be contributing to a story that raises awareness of Autism. You’ll also be supporting Australian filmmakers, as well as autistic actors. Your donations will go towards production costs and festival distribution to get this important story out there and onto the big screen.

Donations above $2 are tax deductible.

Beatrice Tekiko and Blaise Borrer are emerging filmmakers and are in their final year at the Australian Film Television and Radio School (AFTRS) in Sydney. They are passionate about exploring stories that are close to home and are advocates for diverse stories for the screen.

Beatrice’s recent work includes What’s Your Flava? (2020) which has been picked up for distribution for AFTRS and also doing marketing for various screen content.

Blaise’s work has been screened in different festival showcases (SBS, Deptford and Tokyo Lift Off) and has received nominations and wins for his short films. 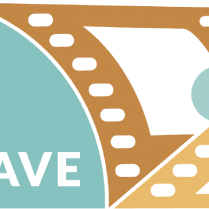 Thank you everyone for helping us reach 52% of our goal during our social media campaign!

Thank you to everyone who’s donated so far during our social media campaign. We’ve reached 42% so far of our goal and we are more than grateful for your donations.