Back To Goode is a five part web series narrative drama set in the fictitious town of Goode (Daylesford). It follows the adventures of two gay girl couples, academics Ellie and Vanessa and barbers Alex and Zoey who move to the country from Melbourne to get their lives and loves back on track.

We are raising funds to finance the production of the trailer for the web series as well as the five episodes which will be launched on YouTube and other overseas platforms.

The production currently has 30 cast and crew, all talented creatives from the Melbourne area, many with credits in feature length films and short films and other web series productions. The project also has secured two Wentworth actors, Katherine Grinlaw (pictured) and Leanne Campbell.

Our production team consists of award winning individuals and graduates of highly regarded film and television schools and Melbourne universities.

Our project is important as it brings to the screen diversity and inclusion. As well as appealing to a broad demographic, our web series shows young people especially that there are people just like them in the world, worthy of representation on the screen, whose stories are important and deserve to be told.

We need your support to help bring this project to life. As we have been developing our project and speaking to many people, we have been overwhelmed by support and encouragement. We now need this in financial form.

We are an enthusiastic team, working together on this creative dream. We are getting out into the community, meeting and greeting everyone in the local communities that support us and supporting them in turn.

We are attending major LGBT events and actively meeting our future audience and building an amazing following as well as listening to them and the stories they tell.

All donations will be used in the production of our web series.

We estimate fully paid cast and crew would amount to $5000 per episode. We also required video editing, marketing and promotion and equipment hire.

The end results will be a quality production of a home grown LGBT drama in Victoria that showcases our community and the beautiful landscapes in which we live, one which also supports emerging talent and showcases Victoria as a diverse, vibrant and creative destination!

Hear from Back to Goode characters Alex and Sketch here: 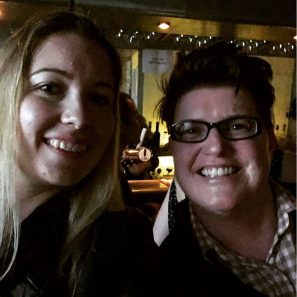 Lisa has written the LGBT feature “We All Lie My Darling”, filmed in Sydney last year and currently in post-production. She has also written two short films for other directors, “Uncle”, on an asylum seeking homeless actor and “A Father’s Diary” which is a tough portrayal of an Indian father who cannot accept his daughter is in a same sex relationship.

Suzanne is currently working as the director of the feature “The Betrayal”, currently in production in Melbourne, and is the writer director producer of “Pigeonholed” an LGBT short film produced in Melbourne.

Together, they have formed the production company Mainly Mondays Productions and are in pre-production of their LGBT web series “Back To Goode”, set in Melbourne and Daylesford, which has a cast and crew of more than 30 Melbourne creatives, including actors, musicians and screen production practitioners.

Mainly Mondays Productions advocates diversity on screen and challenges stereotypes. With more than 80% female cast and crew, “Back To Goode” web series contributes to gender equity in the Australian screen industry. The project has the full support of the Hepburn Shire Council in country Victoria, where it is being filmed, as well as Daylesford’s popular LGBT festival Chillout which atttracts more than 20,000 visitors each year. The series will be released on YouTube and on overseas platforms in early 2018. 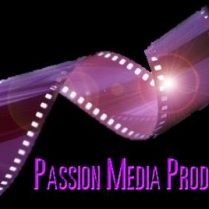 We Love Women In Film

Rehearsing with the lovely Leo He who plays Barry the barista in our series! Some good scenes coming your way!

Bang for your buck!

Every dollar donated to our web series now goes into lights, camera, action! Every dollar will bring better lighting and better images. Our DOP has some awesome ideas! Help us bring it!

16 days left of our campaign! We’re super stoked with the support and hope you enjoy all the videos, news articles and updates on our campaign page! still time to get onboard a Goode thing! whoo hoo!

Wondering about our cover pic? ..

If you are wondering about the characters in our cover pic, scroll down to the end of our info and follow the link to our YouTube actor chat vids from Cat Kasey (Alex) and Katherine Grinlaw (Sketch).

Our DOP, the incredibly talented Hannah Palmer, loves lights! And more money means more lights! We love to have a happy DOP, so help us bring it! Bring Hannah Lights!

Crazy busy with rehearsals and meetings at the moment! I counted six last week! Working hard to bring our audience the best possible screen experience. Any donation will significantly boost this!

The event we all wait for every year – Melbourne WebFest – had its launch on Friday night. BTG got in some serious official photo practice and we even got interviewed! Stay tuned!

Hitting the intergalactic heights of fundraising with our fabulous fundraiser at DT’s Pub in Richmond. We dressed up; we sang karaoke; we barbecued!

BACK TO THE COUNTRY

Awesome roadtrip back to the country yesterday to be special guests at the Bendigo Queer Film Festival! Our web series is set in country Victoria and it’s always there that we feel most at home!!

A new video from one of our stars!

Great to see more donations coming through! Thank you! And we have something for you too .. a new video by Suzanne McKee, who plays Ellie, one of our key cast.

Had a fabulous evening last night mixing it with the lovely LGBT business folk at Globe’s Blended Fruits at The Sofitel, Melbourne. We spruiked our show and had the best reception! 🍍🍏🍉🍊🍑🍷🍸

Hi Everyone! We are moving into pre-production now and getting busy with table reads and rehearsals. We are out there meeting our future audience and supporters and promoting the web series. Exciting!

Hey! We have a new fundraising video just up now! It’s on the gallery video link in our ACF page. So much fun making it to show you our sunshiney faces! Check it out!

Wentworth actors join Back To Goode

Delighted to announce two popular Wentworth actors Katherine Grinlaw and Leanne Campbell will be joining the cast of Back To Goode! Super stoked to have them onboard! Just watch the drama unfold ..

Super excited to get back to Daylesford this week to secure some great locations to showcase our web series – a classic pub; beautiful bush and town backdrop and historic streetscape scenes.

Back to the country

So we are heading back to Daylesford tomorrow to catch up with our supporters and check out a few locations! Stay tuned for our updates! xx

Mega busy and exciting week. First, another fabulous meet n greet at ChillOut’s Carnival Day.. then, we filmed our trailer the very next day! 20 people pumped to shoot for 7hrs. Got some great shots!

At Daylesford’s ChillOut Festival this weekend

Hey guys, we are at Daylesford’s fabulous ChillOut Festival this weekend promoting our web series, having a ball and meeting and greeting our prospective fans! Don’t be shy! Come up and say hello!

Our funding campaign is off and running! Super excited and super stoked to see the donations coming in and to feel the love! The Back To Goode team is busy rehearsing! We film our trailer this week!