The world of fine music has changed. In the current climate, musicians must adapt. Artists, pupils and audiences must react to rapidly changing conditions or face an uncertain future. A proven innovator with strong community and industry support and partners, Celia’s upgraded new digital platform will feature new musical content in order to keep innovating, creating and presenting live music, and teaching.

Using quality associated artists and my established local technical team, Celia will record exclusive chamber concerts for downloading, add much free content and when conditions allow, will offer exclusive small group in-house chamber concerts. In addition this website will showcase online resources and links, regular blogs, interviews and also, commission exclusive subscriber content. Hiring local digital marketing experts will help build the audience through a proven reputation for innovation and delivery, facilitate a valuable source of income for local business and musicians, a service for South Australia and music for a worldwide audience.

“Celia Craig is one of the most energising and interesting musicians I’ve ever worked with, and her premiere performances of the Concerto I wrote for her have been a highlight of my own career. A great ambassador for her own instrument, the oboe, her enthusiasm and knowledge spreads much further … always fascinating to follow her latest new directions, and musical exploration comes naturally to her. We’re fortunate to have this unusual artist in our midst…”– Judith Weir CBE, Master of The Queens Music

”I am proud to be a supporter of Celia’s vision… a vital demonstration to Australia’s creative community of expression, innovation, work ethic with a relevant commercial approach… ” – Rod Tamlyn, Creative Director, Original Works

” a passionate and inspiring person.. a world class asset for South Australia…in the development of a generation….” – Norman Gillespie, Pinchgut Opera

By donating you can support the wider community as well as Celia and her associated artists. The arts contribute so much enjoyment to our community and this micro initiative aims to contribute in a brave new way. Support us kindly and everyone can gain. 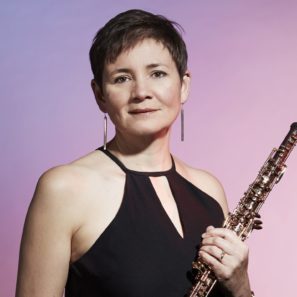 Dedicatee of Master of The Queens Music, Judith Weir CBE’s first Oboe Concerto, Celia Craig has performed for the Royal Family, recorded and toured extensively, working with Bernstein, Boulez, Haitink, Ashkenazy, Rattle, Gergiev and the London Symphony Orchestra among many others.

Principal Oboe of the Adelaide Symphony Orchestra until 2018 and an Associate of the Royal Academy of Music, Celia runs her own multimedia recording company ARTARIA, whose debut recording was awarded 5 stars by The Weekend Australian, several Album of The Week Awards and signed global distribution.

Currently Principal Oboe of Omega Ensemble, Sydney and Music Curator for the National Trust of South Australia, Celia was a Faculty Resident Artist at TALIS Festival 2019 in Sarajevo and coached oboes in Sao Paolo for Campos de Jordao Winter Festival. Upcoming engagements include Coriole Festival, solo recitals at Symphony Hall, Birmingham UK with the ‘virtuoso’s virtuoso’ organist, Thomas Trotter and recitals with acclaimed Russian pianist Konstantin Shamray, with whom she has recorded a new album due for release in 2020.

Dear friends, thank you sooo much for your support. Digital Artist platform project will start as soon as the paperwork has all been completed. Loved the messages! Will be in touch very soon- Celia x

Really appreciate your generosity so much in unprecedented times (such a tricky period). Target is now altered and timeline extended in order to acknowledge the situation. Thank you very much indeed.

“..I do congratulate you and thank you on behalf of everyone out there. How lucky we are to have you not only in Australia but in South Australia…”

I’m honoured and excited to be shared by two of Australia’s most talented, iconic and generous musicians: Greta Bradman and Carl Vine. Thank you! Check out their respective Facebook pages…:)