The ‘Art of Friendship’ will be a documentary video installation within a planned exhibition to include video, photography, cultural artefacts, textiles and textile prints, to be launched at the twenty-year anniversary of the Friends of Suai/Covalima at the Carlisle Street Art Space from 22 April – 20 May 2020. It will also be online and at Port Philip libraries.

The ‘Art of Friendship’ tells the story of two communities working together to rebuild Suai (East Timor) after their town was devastated by a scorched earth campaign in 1999. The stories will celebrate the people of Port Phillip, Melbourne and Suai/Covalima in East Timor, who have overcome huge challenges of distance and culture over 20 years to make this unusual friendship a success. The film will present key people and projects from the friendship, exploring the deeper theme of what can be achieved when trust, respect, equality and patience are the qualities underpinning the collaboration.

The ‘Art of Friendship’ will be both a celebration piece and a tool for promoting understanding and the ongoing support for the Friends of Suai/Covalima project. Twenty years is a critical juncture for the Friendship. As the community reflects on its success, robust sustainable independence is still a work in progress. 2020 is a time for reflection and showcasing the numerous challenges and successes of, what became a long-term community development project, and sharing in the joy of this significant milestone.

Funding for the Friends of Suai/Covalima is never assured. This showcase will let donors such as Port Phillip Council, community groups, friends, NGO partners and volunteers see the value in their investments and contributions without which critical ongoing support for the Friendship may dwindle. We are seeking to raise $3000.

We need the funds to pay for:

The ‘Art of Friendship’ will draw from 20 years of documentary footage taken by Port Philip resident filmmaker/artist Jen Hughes, who has followed the Friendship since its inception. This will be supplemented by content shot during a visit funded by the Council of Port Phillip, in April 2019. It will include archival footage and photographs from the Friendship archive, volunteer residents and the Suai/Covalima Community Centre.

The small documentary video will be 5-7-minutes and will explore the social and cultural values of the Friends of Suai, how it started and what qualities contributed to this unusually successful cross-border inter-cultural friendship for recovery. The exhibition runs from 22 April – 20 May 2020 at Carlisle Arts Space (Port Philip). 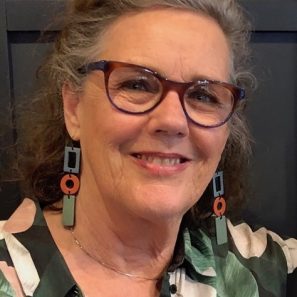 Jen Hughes is a short form documentary-maker, cultural historian and a community installation artist. Interested in the place where art, community and politics intersect, Jen works with individuals and groups in both East Timor and Australia to document and explore the bonds of activism, friendship, healing and memory.

During Jen’s early career, she was a business owner. Later she was the Director of the NGO Media Resource Centre (MRC, SA) and was the State Government appointed community representative on the Lion Arts Centre Development Board. As the MRC Director she oversaw the development of the Mercury Cinema, an independent hub for exhibition, training and film culture.

Update on Art of Friendship during COVID Pandemic

Due to COVID19, the AOF exhibition has been postponed until early 2021 however standby for our digital screenings in mid-2020. We can’t wait to share these stories with our generous supporters.