Set in the drought of the 1980s, our film places the characters in a time where economic failure and barren landscapes cause risk to their mental health; an inability to communicate with one another after also hurdles these men into catastrophe.

This film will bring to light important issues facing farmers in rural Victoria, such as mental health and isolation; particularly focusing on toxic masculinity and how that impacts future generations of men. Mental health is an issue the crew feels is an important one to spark conversation around, especially for farmers whose rates are double the general male populations.

‘Armature’ has been in development throughout the year, and over the coming year we will be continuing to work on this film. We are currently in pre-production and working towards our shoot during mid-March, with post production commencing shortly after that to be completed by the end of 2020.

This film benefits a larger community of rural Australians and those suffering from domestic abuse, struggling to find their voice and reach out for help. ‘Armature’ hopes to break the silence surrounding family disconnection, and bring together all family generations to bring light to family dysfunctions, how they contribute to mental health and how we can prevent domestic abuse.

We appreciate any and all donations, and want to thank our supporters for helping us create this exciting project. Not only are you helping us make this film, you are helping us learn new skills and gain experiences in filmmaking which will launch us into a career in the industry.

Due to the taxidermy and prosthetic elements, the biggest financial demand of this film is the production design. The purpose of our props are to enhance important aspects of the film, in order to help best bring the story to life.

We want to use props that will enhance what is in the script, bringing the story to life in an exciting way. This involves sourcing and creating realistic props and using special effects to create the illusion we are trying to put on the screen. However other costs also include paying our talented actors, paying for location use and hiring a safety officer to monitor the use of dangerous props. Smaller costs such as feeding our cast and crew during production also contribute to the ‘big picture’ so to speak, so every donation counts. 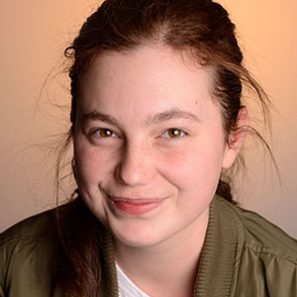 Having always had a passion for film, I am enthusiastic about creating content that tells impactful stories. Having made many projects throughout my university degree, I have experience in working with people to bring their stories from the page to the screen. In 2018, I produced my first documentary ‘Surf Mermaid’ which won ‘Best Documentary’ at ‘Peninsula Film Festival,’ and screened in London at the ‘Little Wing Film Festival.’ It continues to gain recognition from audiences and educates viewers on environmentalism, a topic still relevant and important today.

The Little Pin Up short film

The Little Pin Up is an action fairy tale for grown ups about good versus evil and both the power and corruption that comes from needing to be loved.