Christine struggles to move her mother Julie from their family home when she needs to be put in care. As frustrations take hold and emotions rise to the surface, Christine must learn to put her own grievances aside in order to take care of the woman that raised her, even if she no longer knows who she is.

“Antecedents” is my own response to the way I see character traits passed between generations and how familial roles can be challenging when a disease like dementia takes hold. This is a familiar story to me, as my grandmother suffered dementia, and I feel certain, a familiar story to others.

I hope to shine a light on an experience not often seen on screen and I have the most magnificent cast attached to do so. Nicola Bartlett (Little Sparrows) will play mother Julie, and Hayley McElhinney (Doctor Doctor) will play her daughter Christine.

Although we have received some funding from Screenwest to the tune of $10,000, we are looking to raise another $3,000 to make this film the best it can possibly be. The majority of the crew is volunteering their time and their passion for this project and although the $10,000 will cover basic equipment and production costs, the additional funds will enable us to truly do this story justice.

Your donation, however large or small will go directly towards:

– Hire of specialised equipment and grip operator
– Catering for our magnificent volunteer crew
– Post-production costs of editing, colour grading and score
– Festival entry to market the film internationally and nationally.

In thanks we can offer you a credit in the film and you will be able to see how your contribution has made a difference when the film is screened early next year. 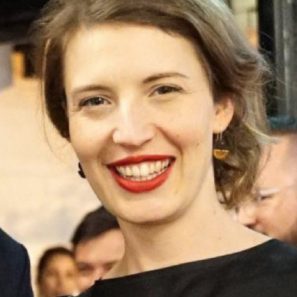 Growing up a country kid and voracious movie buff, Emma learnt at an early age that there was more to the world than her little patch of the wheat belt. She graduated with two BAs (because one just didn’t seem enough) in Film and Creative Writing at Curtin University, Western Australia. Starting out in production and costume design she began working in music videos and short films both in Australia and Europe.

2018 saw her move in to directing for the first time with a two-minute character portrait of her grandmother Barbara for Revelation Film Festival’s “Life in Pictures” program. Her first short film “Barry” was selected as a Tropfest finalist and she can’t wait to start filming “Antecedents,” a story very close to her heart.

Followers of the Vickery