Against The Time is daily live endurance performance by Sha Sarwari via Facebook. Starting from 28th May, Sha will perform a daily walk in his backyard for one to two hours non stop every day without a break until the end of refugee week on June 20th, to raise vital funds for Asylum Seeker Resource Centre.

Against The Time is a simple act of walking, I will be walking on a continuous line anti-clockwise making a trace on my backyard lawn, the trace left behind on the lawn is the outline of a heart symbol. I will go live on Facebook and do this performance every morning or evening for two hours – help me reach my target by June 20!

Since the lockdown started I have been observing the world around me and through media and have been thinking to somehow give an artistic embodiment to this situation of anxiety, restlessness, uncertainty and the race against the time in finding the cure for the COVID-19, where our only hope at the moment is to wait and observing social distancing in order to save lives.

Against The Time endurance performance is the embodiment of our current time and an act to create a hopeful memory while waiting to reunite with our loved ones, waiting to hug one another, waiting to do the things we use to do, waiting for the end of lockdown and waiting for a cure for COVID-19.

The donation will go straight to the ASRC and refugees and asylum seeker will benefit from it.

The end result will be community building, which is much needed in this time of uncertainty. 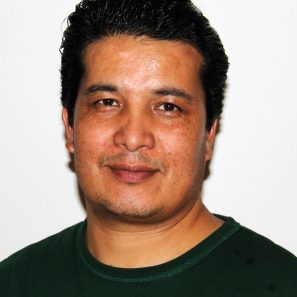 SHA SARWARI is a multidisciplinary visual artist born in Afghanistan, who has lived in Australia for the past 18 years. Sha holds a diploma of Graphic Design from TAFE (2005), a Bachelor of Fine Art from the QCA Griffith University (2015), and Honours degree in Visual Arts from VCA at Melbourne University (2018).

In his work, Sarwari gives form to the notion of statelessness with a pointed reference to the political discourse around migration, identity, place, and nationhood. His work speaks of a place that exists between two worlds, where frustration is countered with hope, where failure and resilience go hand in hand, and where compromises are made to negotiate for survival.

In 2015 Sha was awarded High commendation at The Churchie National Emerging Art Prize Sha is the recipient of the inaugural prize of 2016 Home art prize The Walker Street Gallery & Arts Centre. In 2017 he was awarded Most Critically Engaged Work at CCP Salon, Australian Centre for Photography. Most recently, in 2018 he was awarded the Fiona Myer Award for excellence at VCA, Melbourne University, and named a finalist in the Blacktown Art Prize,