The film is an important reminder of this seemingly forgotten chapter of Australian history. Covertly undertaken at the time, these tests had devastating effects on the Maralinga Tjarutja people, citizens of the towns surrounding the test site, as well as members of the Royal Australian Air Force. Utilising archival footage, and extensive interviews in which Avon Hudson recounts moments in his life story, the film expounds on this nuclear issue that continues to echo into the present day.

“What Avon knew, and was prepared to tell publicly about Maralinga, contributed to the establishment of the Royal Commission into British Nuclear Tests in Australia (1984-85). This Royal Commission, ultimately, led to the Australian Government paying the Maralinga Tjarutja people 13.5 million dollars in compensation.”
– (Jessie Boylan)

The film is near completion, however, there are still a few hurdles in order to showcase it at film festivals. This fundraiser will help with final post-production tasks such as audio mastering, ABC archival rights, music licensing, and festival entry fees.

Please help us enlighten Australian and international audiences with this important dialogue of Australia’s nuclear history. 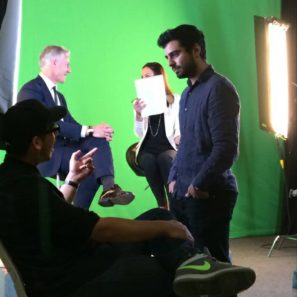 Naveed Farro is a filmmaker/photographer based in Melbourne, Australia.

He graduated from Murdoch University with a BA (Honours) in Screen Production. His dissertation was based on the broad relationship between architecture and film. This thesis has morphed his interests in imaging and narrative to intersect multiple disciplines, ranging from architectural 3D scanning to the documentation of artistic processes through the mediums of film and photography.