A Meme Stole My Girlfriend addresses one of the most important and fundamental issues of our and future time. The rise of social media, the emergence of ‘Influencers’ and the creation of new role models and aspirations for young people.

This play, my debut as a playwright, uses satire and farce to make its point. My play also integrates the language of the ‘Urban Dictionary’, from acronyms like ‘OMG’ and ‘LOLS’ which everyone is familiar with to terms like ‘Yeet’, ‘Mood’, ‘Slay’, to emphasise the growing divide between generations.

I’m not looking to make a profit, not for Fringe. I have a story to tell and I think its worth telling and as long as I can break even I’ll be happy. Even with the fullest box office I’m well off achieving that goal. I will pay all actors and at award rates, that’s my principle and I stand by it.

I’m looking for funding of around $5000. That will cover acting and insurance and bring me to break-even.

I am on a Carer’s Pension, a full time carer for my mother and while this affords me time to pursue my writing, it doesn’t allow much spare cash for creative projects.

My first poem, written over a 27-minute tram ride on the 96, is to be published soon in The New Yorker! Help make my first venture as a playwright just as successful as my first poem!

You can find out more by visiting www.facebook.com/MelbourneFabulist or contacting me directly through email loublitsas@hotmail.com 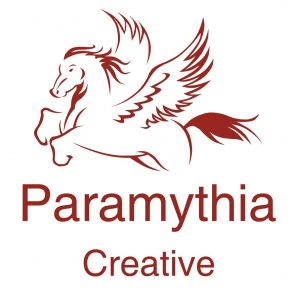 My name is Louis Blitsas. I have had the ambition to be a writer since I came up with a ‘nom de plume’ at the age of 9 – ‘Eston Fox’. Don’t know where it came from but I thought it would look good on the cover of the millions of novels I was to sell. 47 years later, ‘Eston Fox’ will have his first work published. A poem. In ‘The New Yorker’.

And as with the name, I have no idea how the words I wrote in 27 minutes in ‘Notes’ on my I phone going home on the 96 came from either. That is art. That is the world we love because it can’t be explained. I always knew I could write. and since I had to give up work to become a full time carer for my mother I had no time poor excuse. While living out in real life the character of Arthur from ‘Mother and Son’ I have completed or in process of completing, 4 feature and 4 short screenplays as well as a Television series. Later this year I shall be able to access my super and I shall begin filming. I have had a terrific bunch of experienced actors vindicating my belief once more by committing to any project I am involved in. They are part of my submission to Fringe, my first venture as a playwright. I have no doubt it will be as successful as that as a poet.