Established in 2013, Dubbo Filmmakers is an informal collective of people from Dubbo and surrounds who have an interest in the production of film, in particular locally-made film. One of the major projects of the Dubbo Filmmakers Group was the launch in 2013 of the One Eye Film (OEFF) Festival, hosted by the Western Plains Cultural Centre, Dubbo including filmmakers of all career stages and genres.

This has become an annual event, screened in November with the next OEFF scheduled for November 2017 at the Black Box Theatre Dubbo.

As the technical and logistic demands of the film festival have grown with its popularity, the Dubbo Filmmakers are seeking to raise funds to better resource it in 2017 to ensure a positive experience for filmmakers and audiences alike.

The One Eye Film Festival gives Dubbo filmmakers an opportunity to share their projects with the community. The OEFF has led to collaborations between local filmmakers to create films for our local audience and beyond. It has also provided a springboard to motivate skills development and capacity in screen writing and filmmaking in the NSW Central West.

This project seeks funding to support the 2017 One Eye Film Festival to allow our filmmakers to concentrate on making films by allowing us to fund coordination, marketing and resourcing of the film festival. Hopefully, this will ultimately mean more local stories make it to the screen and allows our filmmakers more time to share their skills and expertise in filmmaking with others.

Donations will be used to coordinate, market and resource the One Eye Film Festival for 2017. This will ensure the festival is well organised, professionally run and a positive experience for our contributing filmmakers and the local audience.

A good local film festival will help to further encourage developed and up-and-coming film makers of all interests, ages and backgrounds. We want everyone in the community to feel that their story is worthwhile and there is an audience who want to share it.

The find out more about the Dubbo Filmmakers and the One Eye Film Festival, visit our website: https://dubbofilmmakers.wordpress.com/ 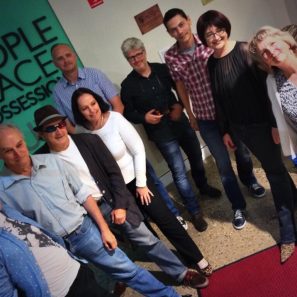 Established in early 2013, Dubbo Filmmakers Group is an informal collective of people from Dubbo and surrounds who have an interest in the production of film, in particular locally-made film.

Meeting monthly for most of the year and communicating via email and a closed Facebook group, ‘members’ come from a range of backgrounds and experiences. However, it offers a platform for providing feedback to local filmmakers and a place to talk about the technical aspects of film making. 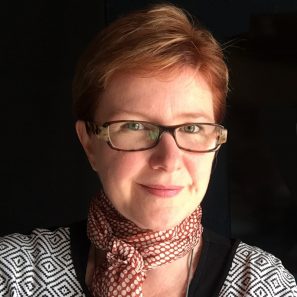