This short film is a comedy thriller about female friendship, gut instincts, safety versus freedom and 90s teenage thrills. It’s “Scream” meets “10 Things I Hate About You.”

SYNOPSIS
It’s the night before the year 2000 and there’s a killer party happening in the suburbs. A world-weary teen is being stared at by a creep so she decides to get out of there. Her friend doesn’t want to follow because she’s waiting for her chatroom crush – but she is not going to let her Best Friend wander the streets alone! She is going to convince her to come back to the party and have some fun for once.

PRODUCTION
Sam and Grace Uther both work professionally in the film and television industry and are developing a slate of projects of various sizes for their own production house, Olfactory Films.

“1999” is the next script to head for the screen! We think it’s a great short film concept and believe it could play really well at short film festivals, such as Tropfest.

We would love your support to be able to make this film in July – September this year (2018). We are extremely fortunate to have built collaborative relationships with other talented and generous creatives, which will ensure the high production value of our filmmaking.

We are asking for your financial contributions to cover the costs of making this short film – and through ACF your support of the arts is tax deductible!

Check out our first short film – OBSESSIVE (2017) – and keep up with our news at www.olfactoryfilms.com.au 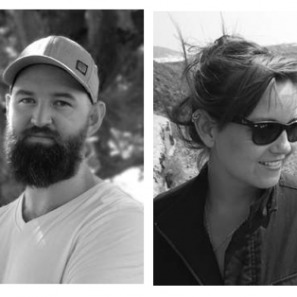 ​Olfactory Films is a creative partnership between filmmakers Grace Uther and Sam Uther. We are based in Brisbane, Queensland, Australia, where we work in the film & television industry.

In 2018, Olfactory Films are excited to be developing new original projects.
One of these scripts, “1969” has been shortlisted for the Australian Writers’ Guild 2017 Monte Miller Awards, and the project has been listed on AWG’s Pathway’s Program.