Hi there, we are a student film crew at JMC Academy, Brisbane who are working together to raise funds to make an LGBTQI+ short film that is inclusive, accurate and personal for the audience. We’re dedicated to making a film that could help those struggling with the themes which our film covers, offering representation and validity that is so often overlooked, especially in the film industry.

The intended time-frame for our short film is 3 months, from the 24th of September until the 21st of December 2020, when our final film will be delivered. We are currently in the pre-production stage and will be going into production in just over a month’s time. We will be shooting for four full days which leaves ourselves a month to conclude our post-production phase.

We believe that our project 10 Point Husband is an important short film, we aim to show representation of the LGBTQI+ community and to leave viewers with a heartfelt and honest message. 10 Point Husband looks to not only be inclusive of the LGBTQI community but to also leave our message with a wider audience, a message that everyone can believe in.

Our aim is to recount an accurate representation of this experience that is personal for the audience and could potentially help those who are also struggling or have struggled with a similar situation.

We are asking for donations to help us fund our short film; our crew entirely consists of students and artists who are passionate and committed to the project. Unfortunately we cannot fund it on our own. By crowdfunding we would love to not only be secure in the creation of our film but to create and maintain an audience that is just as passionate about the project as we are.

All donations will be used to fund costs associated with the production, including: travel and accommodation, catering for cast and crew, production design costs such as costuming, makeup, prop costs and location fees. Some of these donations will also support the post production of the film, such as sound design. We will also use any funds we have to enter into film festivals, as we are hoping to distribute the film into multiple LGBTQI+ and women-lead festivals.

Please also share this crowdfunding campaign to friends and family as well as on social media to help make our dream of creating this wonderful short film possible. 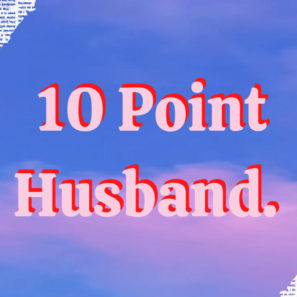 Our team is excited to be working together to make an LGBT short film that is inclusive, accurate and personal for the audience.

We’re dedicated to making a film that could help those struggling with the themes in which our film covers, offering representation and validity that is so often overlooked, especially in the film industry.