Felicia joins the ACF team having worked with independent artists to create live comedy shows and media productions. We are excited for her to share her wealth of knowledge and passion for the arts with our ACF artists and donors. 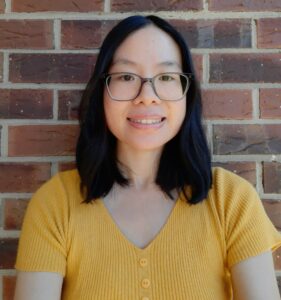 Welcome to the team! What are you most excited about in your new role as Australian Cultural Fund Officer?

Thank you, it’s great to be part of the team! I’m excited about working in a creative field again and connecting with artists and arts organisations in this role. I’m also keen to contribute, even if in some small way, towards making the ACF better and more rad than before.

Tell us a bit of background on your pre-Creative Partnerships life and some career highlights.

In short, lots of media/screen projects, and lots of contemplating what to do as a career for good measure. I completed a Broadcast Journalism degree and got into the television/film side of broadcast media. I spent years volunteering as a crew member and a producer on community television productions, where I discovered my confidence and leadership skills. Through my own creative practice I made a series of documentary profiles, and co-produced a dance-themed vodcast. Besides media-making, I also loved seeing comedy and having a laugh which led me to work with independent artists to put on their comedy shows for festivals. A career highlight was working with my creative partner Harlene Hercules – we put on two line-up shows at a cat lounge where audience members could pet cats and enjoy comedy! Recently, I worked in the public service whilst I took a voluntary break from all things creative. I’ve now returned to the arts and am excited to help artists in a new way.

What do you think are the most important focuses for artists and arts organisations seeking private sector support in 2023?

I feel that 2023 is going to be a touch whimsical so I reckon that highlighting what is charming and magical is a good way to go. What is it about your project that makes people go “ooh” and their interest is sparked. Once you work that out, run with it.

Tell us about a really great piece of art you experienced recently.

I came across an image posted on social media and found myself admiring it for a while. It was made by digital artist Naridarbandi and the most straightforward description I can give is that there’s a person holding an umbrella walking outside on a rainy night. There’s also a prominent neon sign/text in the image that reads ‘Oh, Shit’. The image sparked my own imagination and got me considering new ways of how buildings could look like and how the elements could look like. It was such a striking image to draw inspiration from.

If you want to get in touch with Felicia for advice on running a fundraising campaign or how to donate, contact her here.