Jonathan Zwartz is a renowned Australian jazz musician who has used the ACF to fundraise for his music production. He was nominated for the 2013 ARIA Award for Best Jazz Album for the album The Remembering & Forgetting of the Air and recently won a 2018 ARIA Award for Best Jazz Album, Animarum. He joins us in a new ACF series where we ask ACF alumni, where are they now? 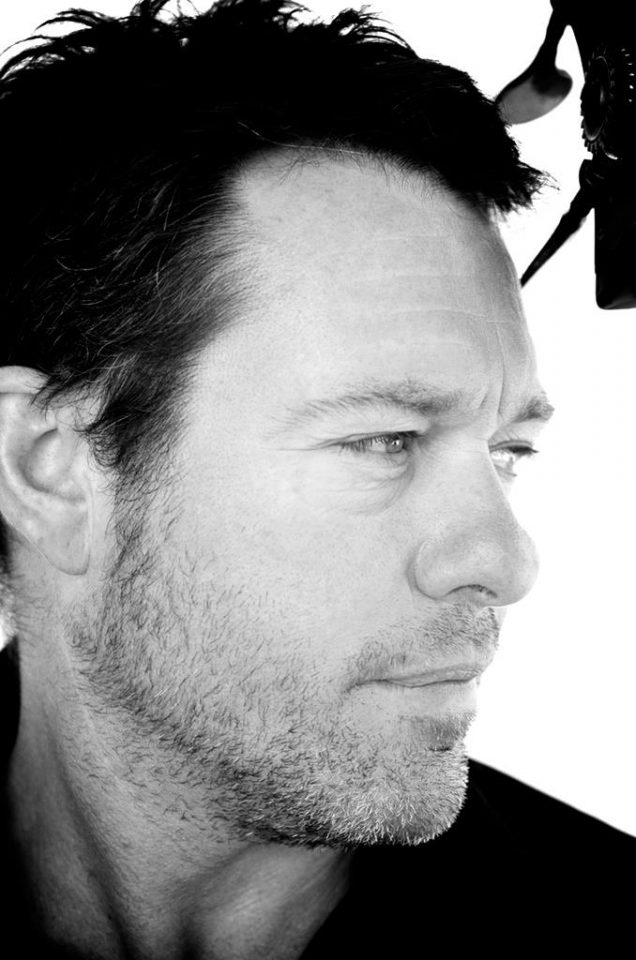 A huge congratulations on winning an ARIA Award for Best Jazz Album! Tell us about the process for developing the album, Animarum.

Thank you! It wouldn’t have happened without the assistance of the ACF.

I knew that I wanted to do a third album as a continuation of the style of composition and playing that made up my first two albums, The Sea (2008) and The Remembering and Forgetting of the Air (2013).

I set about writing and experimenting with new material pretty much straight after the second album was released, and eventually had enough to record an album – too much in fact, but that’s a good thing.

Because the band is made up of musicians who live in different cities (Melbourne, Adelaide, Wollongong), there was a big logistical side to the organisation of the recording; a lot of money had to be raised for airfares and accommodation, and a live performance before the recording in order to rehearse most effectively given the short amount of time everyone was together – only 4 days, including the recording.

That’s certainly something that I learned: always have a live performance before going into the studio to record. It helps iron out so much, whether a piece works as intended, whether the arrangement works, who might shine as a soloist, and so on.

This album took me about four years to complete. To write everything and to line up all of the components, studio, musician availability, fundraising campaign, venue hire, mixing time with an engineer, and manufacturing. There’s a lot in it!

I was so distracted from it all that on the first day of recording I was on the way to the studio with three of the musicians in the car, and I stopped at an ATM to get some money out, and when I came back I climbed into the car only to discover my friends weren’t there.

I thought they must have got out to get a coffee or something, then I started to notice that the car was very tidy… and that it had leather seats… I leapt out and there was my car (same model and colour) immediately behind, with three musicians pissing themselves with laughter at my predicament.

What’s been the best piece of advice someone has given you during your road to winning an ARIA Award?

Back yourself! Don’t wait for someone else to back you, it might not happen.

If you really believe that you have something to offer, then do what it takes to get your art/music out there, to the highest standard possible, in all areas.

When you first began your ACF project, you successfully raised 118% of your fundraising target. Tell us how you were able to do this — what worked and what didn’t?

I think that people liked my last two albums and knew that arts funding had just been so dramatically slashed at the time I was fundraising, that they wanted to support the making of new work.

It is criminal, how much the arts are underfunded under this conservative government. Can I say that? The creative industry needs to be grown in this country, it’s proven that it’s good for the economy and very good for society.

In terms of getting my message across, I had a clear vision of what I wanted to do (a live performance and a recording), I had a short video to convey the message, and some music examples to help people imagine what the music might sound like.

Then I emailed all of my friends and family to let them know that I was fundraising and what for, and generally talked about it as much as possible in the campaign period as I could.

I was lucky in that I had some generous donors also. I kept the campaign reasonably short, so there was a deadline and a sense of urgency. The live gig aspect was a help, as it brought attention to the campaign.

How do you keep in touch with those who have supported you during the process of developing Animarum?

I contacted everyone after the campaign was over to say a huge thanks and, where I could, sent a copy of the album to people once it was manufactured.

You’ve donated to projects on the ACF from time to time. What motivates you to donate to other artists in the Australian arts?

Because it’s a hard world out there for people undertaking to fund their projects, so if I can help I will. It feels good to donate to someone’s project and to be able to give back, or pay forward, however you want to think about it.

What’s next in the pipeline for Jonathan Zwartz?

I have about three or four composition/new music projects in different styles and formats that I’m currently working on, one of which is an orchestral album with singer/songwriter Martha Marlow where I have written the string arrangements, scheduled for release in 2019.

I’m also very keen to learn more about compositional techniques and apply them. There is always more to learn!