ACF artist Matthew Briggs is a rare breed – a scientist and an artist. Wearing his producer/director hat, Matthew campaigned to raise money for the production of Scarred For Life, a comedic show about the trauma following a serious accident (flying over the handlebars of a pushbike). But his involvement with the Australian Cultural Fund didn’t stop there.

Since then, Matthew has donated to six other artists’ campaigns on the ACF. In our new Artist to Artist series, we chatted to Matthew about what spurred him to donate to other creatives, and why he’ll continue to support artists in his community. 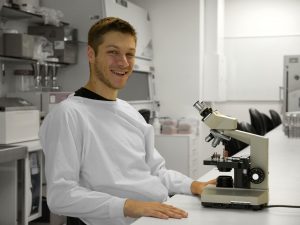 Firstly, a challenge: tell us about yourself in 40 words or less.

I am a scientist who researches glycosylation (sugars) in ovarian cancer, a producer and director, producing and directing new Australian works.

My favourite quote is ‘The greatest scientists are artists as well.’ – Albert Einstein

If money were no object, what work of art would consume or buy?

I’m a big supporter and advocate for new Australian work, such as plays, opera and musical theatre.

So I would spend an exorbitant amount of money on establishing a platform for new Australian work to be workshopped by professionals in the industry, where the work can eventually be produced and toured nationally.

What initially made you donate to another artist’s campaign on the ACF?

I have donated to other artists’ ACF campaigns as I am usually close friends with them or I have previously attended one of their shows and thoroughly enjoyed it.

For me to donate, I need to be a strong supporter of the work and creative team’s artistic vision for the work.

What makes you want to give to an artist or organisation?

In the past, I have had artists approach me about donating to their ACF campaigns without prior knowledge of them as an artist or the project itself.

I have donated to such projects where artists have provided me with footage of either a workshop, rehearsal or performance, as this is the easiest way to present the artistic vision for the work.

Also, providing interview footage with the creative team and their CV’s/Bio’s can help us donors get a better understanding of the project and its artistic direction. 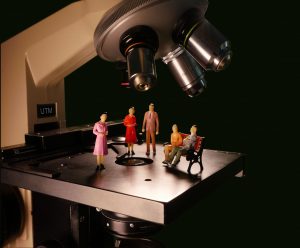 Once you have donated, do you like to stay in touch? Is it important to you?

I definitely like to stay in touch with the artists I donate to as I like to continue to support them with their future projects while also monitoring their progress in the industry.

I have made many friends and industry contacts from donating through the ACF, which has lead to long-term collaborations with my own projects.

Has an artist ever supported your project? If so, how did they do this and what impact did it have on you?

Yes, there are many artists that have returned the support for my own projects through both monetary donations and voluntary mentorships.

This has had a huge impact on one of my shows, Scarred For Life by Josh Belperio, as we were financially able to create an intimate setting for our audience while maintaining the quality of the show through the hire of a grand piano.

Scarred For Life received standing ovations and three 5 star reviews. With this support, we are now mounting a return season of Scarred For Life for the 2018 Adelaide Fringe Festival, with the aim to tour nationally in late-2018 and early-2019.

What other ways do you like to encourage and support artists in your network?

As a producer, I encourage my network of artists to become producers, as I believe most artists have the ability to produce their own work.

Also, I assist artists in developing short and long-term plans for the future.

As a director, I support my network of artists by offering my time and advice in rehearsals, as more often than not, artists struggle to see the bigger picture when the work becomes too focused.

What would you say to other artists who are thinking about donating to the arts?

I would say that it is very important for artists to support each other in a multitude of artistic endeavours.

Artists know better than anyone else about the intricacies of the artistic process, meaning we understand the importance of donating to the arts.