Kim Brockett’s MATCH + ACF campaign raised funds for an exhibition exchange of new work by emerging artists between two independent spaces. We spoke to curator and writer Kim Brockett about her crowdfunding campaign to bring this unique cross-cultural collaboration to life.

A successful fundraising campaign requires strategy, preparation and time. Tell us about your strategy.

When I found out I was successful for MATCH funding, my initial strategy was a scaled version of an arts institution’s fundraising plan. I looked at sourcing funds through philanthropy, sponsorship, and foundations, which I then prioritised.

The first step was organising pledges prior to the campaign going live. It was a very personalised ask to a select group of close friends whom I was confident would support the project.

With the campaign now launched, the artists and myself group e-mailed a second list comprising of industry professionals, respected colleagues, mid-career/established artists and secondary contacts with capacity. This approach was not as successful as I had hoped, which was disheartening. It could have been the timing (it was sent over the Easter long weekend), but on the bright side it raised awareness.

In addition to donations I was also able to approach one foundation – a unique instance as most trusts and foundations require both DGR (Deductible Gift Recipient) and TCC (Tax Concession Charities) statuses to grant funding. As I could only access DGR status through ACF I was excluded from applying to the majority of trusts and foundations. Although my application was unsuccessful, I leveraged MATCH to prove that my project was worthy of support to the Trustees. As a result the second half of the project has received conditional funding of nearly $10,000. (Editor’s note: Creative Partnerships now has both DGR and TCC status, so artists can now apply for grants from trusts and foundations in addition to being able to pass on the tax-deductibility to individuals donors).

Finally I also maintained a list of potential sponsors whom I approached midway through the campaign (once it had gained momentum) and after I had received media support from SBS Radio and the Australian Embassy in Denmark. These included companies whose interests aligned with my project, for example Australian importers of Danish furniture and Danish companies located in Australia. This didn’t result in any funding, but the introductions made could lead to something when the exchange is completed in January 2016, with the exhibition of Danish artists at Bus Projects in Melbourne.

What was the most effective approach you used, and why do you think it was so successful?

Creating and maintaining an active Facebook event page was the most successful and effective approach.

I realised in the campaign’s early days that too much time was being spent on cultivating second-degree connections. I re-prioritised and decided to focus on garnering support from my immediate network by using Facebook.

When I switched to Facebook the campaign swiftly gained momentum with an average of two to three donations per day. This was thanks to an audience who was already familiar with my work, the artists’ practice, and hence trusted in our ability to deliver this project.

These donations were acknowledged daily on the event wall. We used Facebook’s tagging function to notify donors that we had thanked them, making it very visible recognition amongst our peers.

Did your strategy change during the course of the campaign? If so, why?

A week into the campaign, it became apparent that a couple of group emails – as hearfelt as they were – weren’t going to do the trick. I turned the campaign around and focus on reaching out through Facebook. It paid off, and this strategy raised 70% of our goal.

What, if anything, would you do different in your next crowdfunding campaign?

I would allow for more preparation time in order to connect with more prospects. I was not confident sending cold emails without an introduction, and more time would have allowed me to find a mutual friend, personalise each introduction, and spend time talking through the project with each prospect. 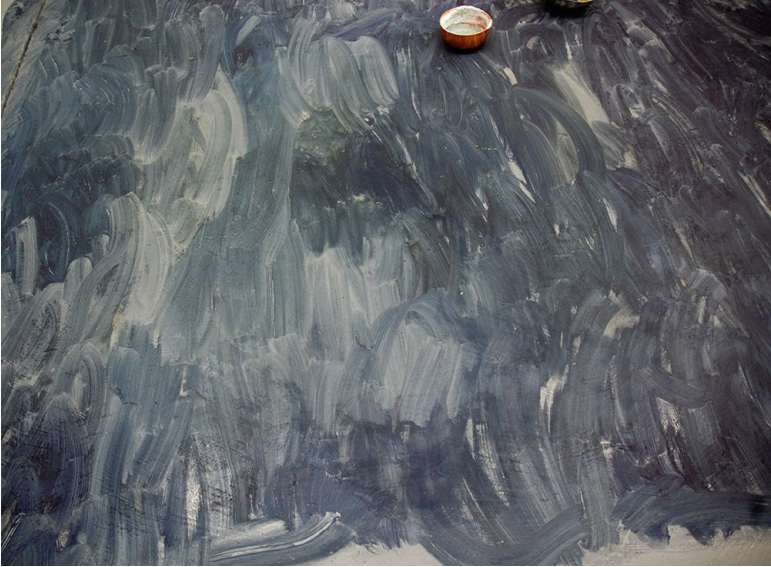 What advice would you give to other artists looking to use crowdfunding?

– Plan your campaign steps and how it’ll play out, but leave some space for flexibility in case things go pear-shaped!

– Do your research – know your audience and network, especially if you’re working with multiple artists and your networks overlap. Tailor your communication strategy so that you’re not bombarding the same people with the same ask.

– Write up your budget and set a realistic fundraising goal by calculating how many donations you expect to win and the average donation amount.

– While crowdfunding is a team effort across everyone involved in the project, be sensitive that not everyone feels comfortable asking for money.

– Be social. Now is the time talk about your project with as many people who’ll listen!

– Support isn’t always monetary. Accept that sometimes people aren’t in a position to donate, and ask instead for support in other ways like advice, spreading the word, and introductions to people outside your network.

Did this experience improve your understanding of your supporters and how you communicate to them? Can you share some insights with us?

Facebook’s visibility made it really easy to make sure everyone’s contribution was gratefully acknowledged. Our supporters were mostly our friends, so with each thank you we included a photo of a cute animal that doubled the feel good factor! Each thank you post also worked as a reminder to others that the campaign was still running, which saved us from having to constantly nudge everyone.

One of the aims of MATCH is to support artists to find new donors. Were you able to extend your support network and is this something you’ve been able to maintain?

Of the 88 donors, 17 gave over $100, with one donor giving $1,000. Many of these major donors were outside of the artists’ and my immediate circle, and occurred through introductions. These new connections are now firmly part of our support network, something which the artists and I are very proud of.

What three words would you use to describe your MATCH experience?