Alex Cubis is an Australian actor, writer and producer who used the ACF and Fractured Atlas (USA fundraising platform) to raise funds for his campaign, ROCKETMAN. He is currently developing a film, play and TV show which will premiere on Channel 7. We talked to Alex about the nuances between fundraising in Australia compared to the United States. 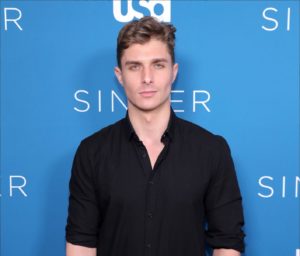 Are there any differences in the way you asked donors for their support in Australia versus America?
We tried to approach every prospective donor as an individual – so whether they were American or America, it was really important to us we made the donor feel like they were being invited in on the process of making the film, rather than us just asking them for a handout.

That being said, there are particularities with how you might speak with a person via message or over the phone in Australia versus America because of the difference in humour and what the objectives are. In LA, everyone’s in the film industry so they understand the game, whereas not everyone in Australia is privy to that.

What kinds of approaches worked best in each country – what did donors respond to?
Donors responded to us simply asking if they wanted to hear about the project, rather than us outright asking for money.

Were there any differences between the two campaigns you ran on the ACF and on Fractured Atlas?
ACF and Fractured Atlas both offered great support for the roll-out of our campaign, and there were no fundamental differences which made running the campaigns simultaneously really efficient.

What are the best things about each platform – is there anything one has that you wish the other did too?
ACF’s website and the interface are really user-friendly and aesthetically pleasing; I think Fractured Atlas users would benefit from the style of the info tabs and goals on the ACF page.

Claiming tax deductions works quite differently between the two countries – how did this influence your campaigning?
Most people knew how the tax deduction process worked in their respective country, so we didn’t feel like we had to distinguish or clarify the two.

What would be your top advice to other Australian artists thinking of fundraising in America?
Whether it’s in Australia or America, a huge part of what people respond to is the artist being really clear on the ‘why’, and that the artist isn’t just making a project to further their own interests, but are at least in some way connected to a bigger picture.

That doesn’t mean everything has to have a social message to it, but it’s important to have an understanding of where the project fits in the artistic landscape and that the objective goes beyond the artist’s own personal goals, perhaps whether it be to help others, tell an entertaining story never told before, or employ those who don’t otherwise get opportunities.