We spoke with three ACF artists and first-time fundraisers to find out how they mastered the art of fundraising on their first go. A massive thank you to Warwick Fyfe, Celia Craig and John Shand for taking the time to share their experiences!

Warwick Fyfe, a Helpmann Award-winning singer, is considered one of Australia’s finest baritones. Warwick made his first step into the world of crowdfunding to help him expand his career internationally. His campaign raised more than $19,000 – 144% of the original target – thanks to 37 supporters.

My campaign was mainly a crowdfunding campaign, utilising social media, personal emails to contacts, asking them to pass on the link to the ACF page. Every day we targeted a different group of people, always saying that even if they couldn’t help directly, they could help just by passing on the link to ACF page, or by talking to their friends

What fundraising resources or sources of advice did you find the most helpful?

It doesn’t matter if you’re not experienced at fundraising. Plenty of other people are, and they can be very helpful. One of the best pieces of advice I was given was to choose a fundraising site that was specific to the arts and had the capacity to make donations tax deductible for the donor. 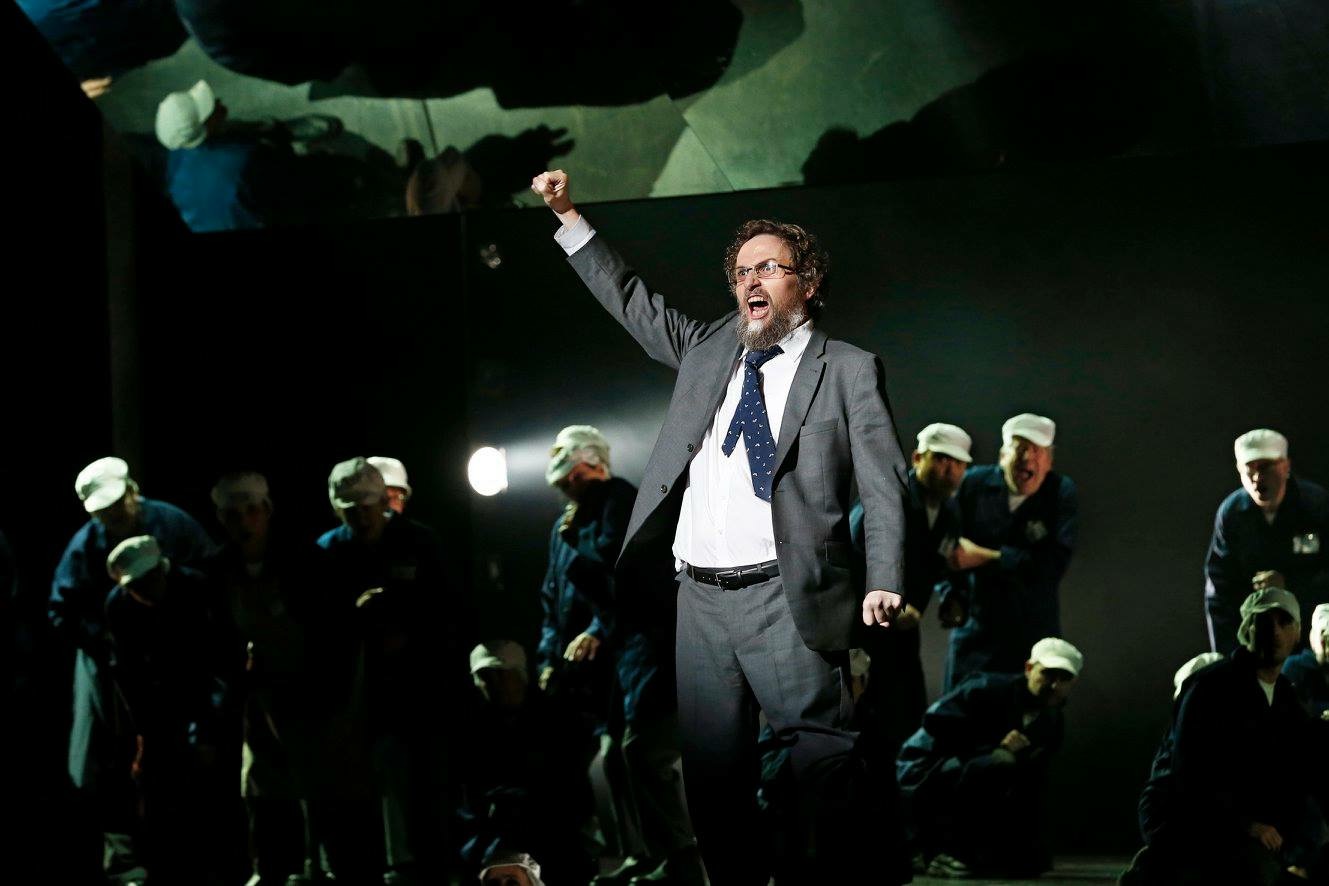 Mainly, I was surprised by peoples’ great generosity and support. I had some extremely generous donations from regular supporters of the arts, who you might think already contributed in a massive way to arts organisations.

I was a bit surprised by that a lot of older people don’t understand how crowdfunding works and are a bit suspicious of it. I also found that some people don’t understand that freelance artists’ performers have no income in between gigs, and that they might want to raise personal funds in order to maximise their opportunities in Australia or elsewhere.

Make sure that you explain that ACF was established by government to help artists to achieve their goals, and that it is a legitimate and respectable way for artists of all kinds to raise funds. Make sure potential supporters know that their donations are tax deductible.

Celia Craig’s ARTARIA is the newest group to join Adelaide’s resurgence of chamber music. Their first fundraising campaign raised funds to support their debut album. The campaign raised more than $26,000 thanks to more than 60 supporters.

ACF: Once you made the decision to run a campaign, what were your first steps?

Celia Craig: My first steps were to define and describe the project in a tangible way. I did many drafts of the project outline- with as much detail as possible- but also with some succinct sections, to describe the project in a  sentence, and I sent them to friends for their feedback. Eventually, by draft 7, I contacted a graphic designer we know here and she presented the information in a smart booklet. There was a bit of investment here, but I figured in order to get people to support you, you have to be confident enough to put some of your own money up front.

I kept a quotation from Nelson Mandela in my office, ‘It always seems impossible until it’s done.’ True!

Based on observation of successful fundraisers that I know, I knew that personal contact through a series of soirees was a way to start. A couple of generous and experienced friends gave me time – brainstorming lists of potential guests and of contacts who might be interested. Their contacts were invaluable. I bought people a lot of coffee. It was fun!

I was lucky enough that one of the referrals, himself an experienced fundraiser, suggested we meet for a coffee and asked me to pitch my project to him, which I must have done well, because he agreed to help me and his help was invaluable. I was aware that everything depended on my being able to articulate my vision clearly and succinctly with passion. This became easier and easier- but you really have to believe in it, as you end up having to explain it so many times! I originally thought that being on ACF might attract its own donors, but in fact it is your own group of supporters who access the project via ACF.

It can be daunting sifting through the wealth of information out there, what fundraising resources or sources of advice did you find the most helpful/effective and why?

Lots of the top tips on ACF are really worth reading, they are well written and give good advice.

I found personal approaches, via coffees, face to face, emails, phone calls gave the best results. Approaching people directly and saying ‘I’d like to ask your advice on….’ is an effective opener, and it often works.

I was surprised how much fun it was! The parties (one gathering at my house, one private supporter’s dinner at our house, a lunch which a friend put on for me, a lovely afternoon at a supporters’ house), the trips (to visit Maggie Beer), the coffees: I made a lot of friends.

Be aware that ACF will take 5% of all your donations to cover costs: I wasn’t aware of this and so it was a bit of a surprise when one major supporter questioned me over it. Read the small print!

Preparation! Don’t rush into anything. I took ten years to get this project realised. I made a conscious decision NOT to get stressed about the fundraising and NOT to worry, which really helped. I felt very positive. Every donation was a bonus. Just believe it can happen and it might! I kept a quotation from Nelson Mandela in my office, ‘It always seems impossible until it’s done.’ True!

I made my office space my campaign HQ and deliberately tidied and decorated it first, to my own specifications, so I could have a positive space in which to work.

John Shand is a playwright, librettist, author, critic and musician. John launched his first fundraising campaign to fill an unexpected gap in the funds to take his play Guilt to the US. In the end, 126 people backed John’s campaign, pledging close to $20,000 and enabling him to realise this once-in-a-lifetime opportunity.

Once you made the decision to run a campaign, what were your first steps?

I wrote the long and short versions of my project statement, and polished them up over several rewrites. With those as the foundation I drafted a script of what I would say in the video. On the first day of attempting to make the video we did about five takes. I was dissatisfied with them all, rewrote the script and had another go a few days later. Again we did several takes, and by the last I found I did not have to refer to the text, and that was the one we used. I then went off on a photo-taking trip and selected the two most striking ones.

Firstly I approached someone very close who was willing to put I think about $1,000 in before I began approaching people. This functioned the same way that cash in a busker’s hat does: if someone else is willing to contribute, then so shall I! Then I emailed everyone in my address book that I thought appropriate. (As the campaign went on my rules for ‘appropriate’ became rather more relaxed!) This was some 400 people. Simultaneously I put a first piece about the campaign on my website, and put out my first tweet about it. I did not use Facebook because I don’t!

It can be daunting sifting through the wealth of information out there, what fundraising resources or sources of advice did you find the most helpful/effective and why?

I read all the advice on the ACF site, I looked at some other ACF campaigns and I consulted with a friend who had already run a successful ACF campaign. 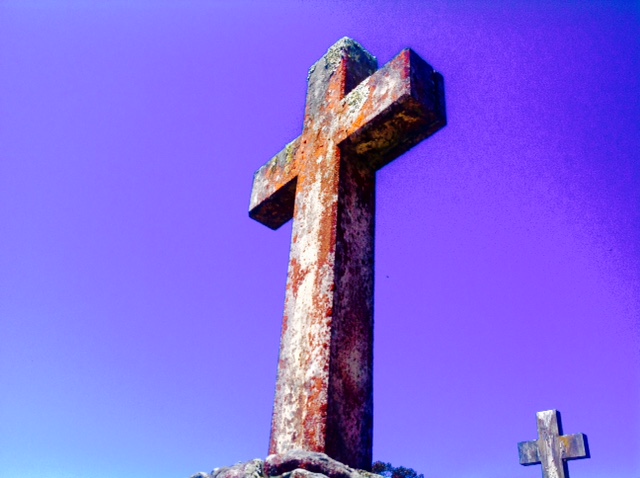 The scale of the initial burst of support took my breath away. I was prepared for a subsequent lull, and it was when this became apparent that I sent off my second round of emails. The other surprise was that fewer people gave larger amounts, when I had been expecting more people to donate smaller amounts.

Set your target very carefully. Present with great clarity why the project is important, both culturally and to you, and precisely how the money will be used.

Ready to run your first campaign?

Here’s a checklist for first timers: